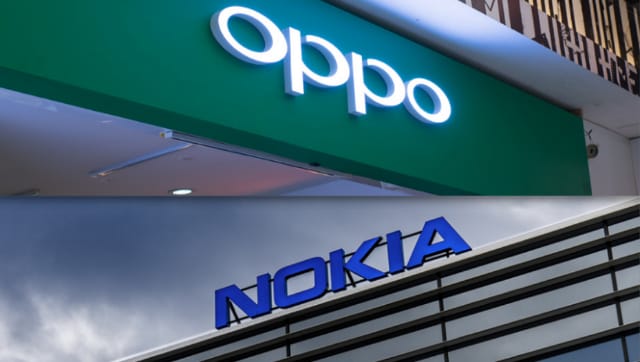 Having successfully sued BBK electronics and their subsidiaries Oppo and OnePlus in Germany, Finnish tech company Nokia is now suing the Chinese smartphone company in different markets across the world.

Nokia was able to get a German district to ban Oppo and OnePlus from selling its products in the country, following a patent infringement case. Now, Nokia hopes to go after the Chinese smartphone makers in other countries.

Back in August, Nokia was able to get a German court to impose a ban on Oppo and OnePlus in the country from selling 4G and 5G devices on the grounds that the technology BBK electronics and all its subsidiaries like Oppo and OnePlus were using, infringed upon the intellectual property that Nokia held.

Finnish technology major Nokia, one of the most prominent early mobile phone makers has a ton of patents on 5G technology in its arsenal, and this is turning out to be a massive headache for a number of Chinese smartphone manufacturers.

BBK electronics and Nokia signed a multi-year patent deal in 2018 which expired in 2021. After the deal expired, Oppo and OnePlus were supposed to come up with their own technologies, or renew the deal and extend it. However, for certain reasons, this could not be done.

In 2021, Nokia had filed patent infringement complaints against Oppo in multiple markets across Europe and Asia. The Mannheim District Court in Germany ordered both the parties to reach a settlement in terms of licensing fees, failing which, it would be forced to impose a sales ban on Oppo smartphones.

Nokia has signed royalty-bearing licensing agreements with Lenovo, Samsung, Xiaomi, Apple, LG, and Blackberry etc, so it is not something that smartphone manufacturers cannot work with.

One of the reasons why Oppo and OnePlus couldn’t reach a licensing deal may be due to the fact that both these smartphone makers rely on economies of scale to operate, meaning that they keep a very little margin on each of the devices that they sell, but hope to make good money, by the sheer number of devices they sell.

Had they gone for a licensing deal, both of these smartphone manufacturers would have to pay about 2.50 Euros per device that they sold. On paper, it might not sound that bad, but when you consider how slim of a profit margin both Oppo and OnePlus operate on in Europe, the fee would have taken a significant portion out of their profits.

In July this year, the Mannheim District Court in Germany ruled in favour of Nokia and found that Oppo and OnePlus did not have valid licenses for the 5G technology that they were using in their smartphones.

Nokia has already pushed Oppo and OnePlus out of the German market over patent infringements after the court ruled out two consecutive lawsuits in favour of the Finnish company.

According to a new report, Nokia is now suing Oppo in Australia over the violation of Nokia’s SEP (Service Enablement Platform) that cover 4G and 5G technologies. The German court halted Oppo’s sales on the same basis, so we might see the same denouement in Australia and other markets.