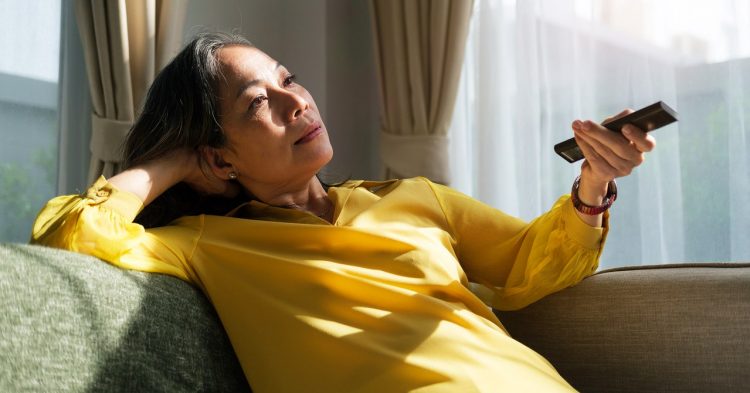 The Golden Age of streaming is over. To be clear, this isn’t a commentary on the quality of the shows and films on streaming service. Rather, it’s a collective sigh let out in response to the news today that Netflix is launching its long-rumored ad-supported service on November 1, a hasty move that will beat the launch of Disney+’s own ad-supported service by roughly a month. To summarize, reader, streaming looks more like terrestrial TV than ever.

Over the past few years, as media companies have merged and consolidated their “brands” and services, it soon became evident that consumers were facing a world where the Big Three of TV—NBC, CBS, ABC—would just be replaced by a new Big Three. Maybe it was Netflix, HBO Max, and Disney+; maybe it was Amazon Prime, Hulu, and Apple TV+. The streaming giants are still fighting for dominance, but the simple fact remains: Most people get their content from some constellation of streamers. Add to that the fact that those legacy channels now have their own services like Peacock and Paramount+, and everything old is new again.

This is not the future we were promised. When players like Netflix came on the scene, their claim to fame was that they were “disruptors,” here to shake up Hollywood by giving people what they wanted when they wanted it. Consumers rallied around a cry to “cut the cord” and leave cable packages behind forever to watch prestige TV over the internet. It worked. Streaming boomed. Then, as competition crept in and viewers started to realize they were spending almost as much money on internet and streaming subscriptions as they used to pay for cable, they called for new, more affordable options. The only way to do that—a tale as old as time—was for their offerings to be subsidized by advertisers.

Over the past year, as Netflix’s stock price and subscriber numbers have shrunk, it’s raced to develop an ad-supported model in pursuit of users and revenue. During a call with reporters today announcing the new $6.99-per-month plan, Netflix chief operating officer Greg Peters noted: “We built Basic with Ads in six months.” When it launches—first in Canada and Mexico, with the US, UK, and other regions coming later in the month—it will beat Disney+’s December 8 launch of its ad-supported model for $7.99 per month. During the call, Peters said the company wasn’t “anchoring” its launch time or price around the competition, but the timing does indicate a big shift, a beginning of the end for streaming as viewers know it.

Consider it a self-fulfilling prophecy. Back in July, Netflix CEO Reed Hastings predicted the demise of linear TV in the “next five to 10 years.” What he didn’t say was that Netflix and other streamers would just emerge in its place. The deals are a little different—the ads on streaming are fewer than on network TV; network TV is free—but with each one, streaming looks a little more like the television of 50 years ago. (See also: Starting in 2023, Netflix will be tracked by Nielsen—a huge move for a company that has closely guarded its viewership numbers.) Linear TV might be ending, but its replacement isn’t much more than meets the eye.