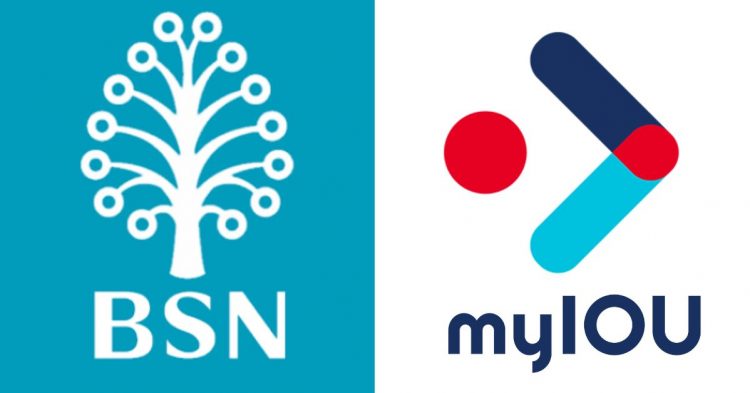 According to a press release, through this collaboration, BSN cardmembers can now split their instalment payments for up to six months via the myIOU mobile app at a 0% rate with participating merchants such as SOGO, Senheng, Petsmore, Lazo Diamond, and more.

While this service is something that anyone can access on myIOU without having a BSN card, cardholders will receive extra perks.

This includes an RM10 welcome voucher when registering with the myIOU app.

According to the release, the first 5,000 registered BSN cardmembers who bind their credit card will receive additional RM10 vouchers.

BSN cardmembers who spend a minimum of RM500 with myIOU will also stand a chance to win BSN Sijil Simpanan Premium (BSN SSP), which is worth RM100. On top of this, the winners will also be entitled to participate in the BSN SSP draws to potentially win draw prizes.

Gwen Khor, the head of marketing at IOUpay, told Vulcan Post that existing myIOU users who are also BSN users will also get to enjoy perks of these marketing activities.

In the release, Gwen said that this collaboration will enable both BSN IOUpay to better serve their customers.

This is by “offering a smarter way to spend on what you want, when you want, without breaking the bank whilst prudently managing one’s finances”.

Mujibburrahman Abd Rashid, Chief Business Officer of BSN also said that BSN is looking forward to expanding its card offerings through this partnership.

According to an article by Stockhead, the target audience for this collaboration is high-credit quality bank customers.

“In particular, the group of BSN’s customers that have been pre-qualified by IOUpay will be targeted with direct marketing promotions designed to generate new customers and repeat transactions for the myIOU BNPL service,” stated the article, which was published in collaboration with IOUpay, a Stockhead advertiser at the time of publishing.

The article also shared that BSN will promote myIOU to its staff members via internal communications and its own BSN Staff Portal.

Meanwhile, BSN will likely benefit from increased interest in its card offerings thanks to promotional initiatives from IOUpay via its app, website, and merchant network across Malaysia.

“BSN is Malaysia’s first and longest-running bank that has millions of customers and hundreds of branches nationwide,” Gwen said to Vulcan Post. “We believe that the partnership with BSN will not only be benefitting myIOU with a larger consumer base, but also granting the BNPL service to BSN’s customers.”

A source of credibility

This partnership comes during a time when BNPL regulations are still yet to be implemented in Malaysia, though they are certainly underway, as we’ve reported.

Given this context, collaborating with a government-owned bank would not only be a significant milestone for IOUpay, but also a relationship for it to leverage BSN’s credibility in the changing BNPL landscape in Malaysia.

Gwen shared that in her personal opinion, she doesn’t think the regulations will limit myIOU’s exisiting services. Rather, they’ll serve as a set of rules that the company will have to comply with.

“We have always encouraged our consumers to spend smarter with myIOU BNPL and hence I believe the said regulation will better enhance our advocacy too,” she said.

“This collaboration represents another major step in the execution of IOUpay’s strategic growth plans to collaborate with banks and non-bank financial institutions. We are looking forward to more collaboration with BSN, as well as other similar partners.” Gwen added.