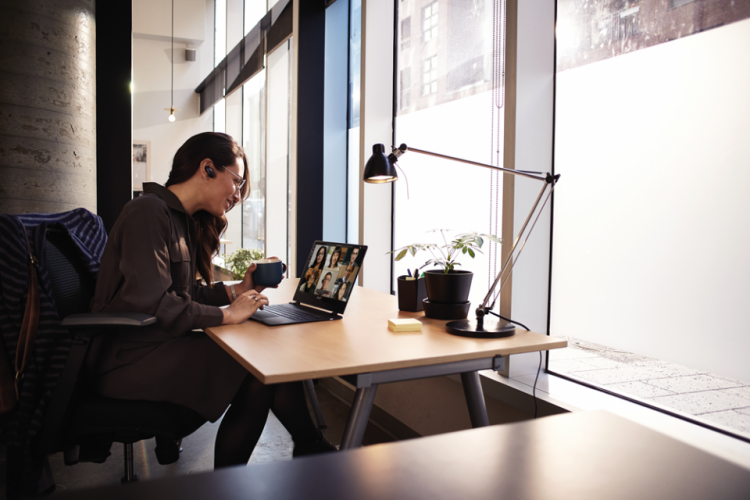 At Microsoft’s Ignite event this week, the company announced a series of updates to its Teams platform.

These avatars will offer flexibility and choice in how users show up in a Teams meeting, with a customized, animated version of themselves, eliminating the need to turn on their camera.

Using the Avatars app from the Microsoft Teams App Store, users can design up to three unique avatars.

The company is introducing Microsoft Teams Premium, an add-on that will be available in preview in December. It aims to make any type of meeting more personalized and secure.

Features include meeting guides to help users pick the correct meeting experience. These include guides for client calls, a brainstorm meeting, or Help Desk support interaction. Users can brand their meetings with custom logos and backgrounds for the Teams lobby.

Teams Premium features also include an “intelligent recap” that gives users personalized highlights from meetings to help them discover information that matters most. This way, even if users miss a meeting at work, they will still be caught up on what happened.

Users will also be able to replay the meeting and receive automatically generated chapters to easily navigate the recording and help them understand the content of a meeting discussion.

Lastly, security features include advanced meeting protection that will make it easy to safeguard confidential meetings, such as board meetings or financial discussions.

Teams Premium features will begin to roll out in December 2022 as a part of the Teams Premium preview, with general availability in February 2023. Availability of new AI capabilities, such as intelligent meetings, will begin rolling out in the first half of 2023.

With Teams Phone Mobile, Microsoft Teams is integrated with a user’s mobile device’s native dialer, so users can use their mobile phone the way they always do, while the organization can enable business calling features and policies on these mobile devices. Calls will move across networks and devices without interruptions and can also be converted from mobile networks to internet-based video calls in Teams.

Teams Phone Mobile is now available with Rogers in Canada and Telia in Sweden. Verizon, Deutsche Telekom, BT and Swisscom will launch soon, with more operators expected to join.

Now generally available, video clips deliver a more personal touch and strengthen connections. Users can record, send, view and reply from desktop or mobile. The recipient of the video clip can play the video in their chat and reply with a chat message or a video clip of their own.

Other features include a delete chat functionality, suggested responses, and the ability to schedule messages

The Microsoft Places app will provide a dashboard view of which days people on the team or in the collaboration network will be in the office, as well as providing a feature that indicates people’s physical location (in office, remote or mobile).

The app also shows users the workspaces that other users have booked, so someone can book one nearby if necessary.

Updates to Teams platform for developers:

Teams Live Share SDK (software development kit), will allow developers to turn any app, when shared in a Teams meeting, into a real-time, multi-user collaborative experience.

Teams Live Share SDK features will include the addition of Canvas tools that let participants mark-up meetings in real-time with virtual pens, markers and highlighters, and the ability for developers to publish their Teams Live Share-enabled apps worldwide.

Extension of Teams apps to Outlook and Office:

Using the Teams 2.0 JS SDK announced at Microsoft Build 2022, developers can build production apps that extend Teams Pages and Message Extensions across Teams, Outlook and Office using a single app and deployment model. These apps can run on Win32 and web versions of Microsoft 365, with a preview of app availability on Android devices.