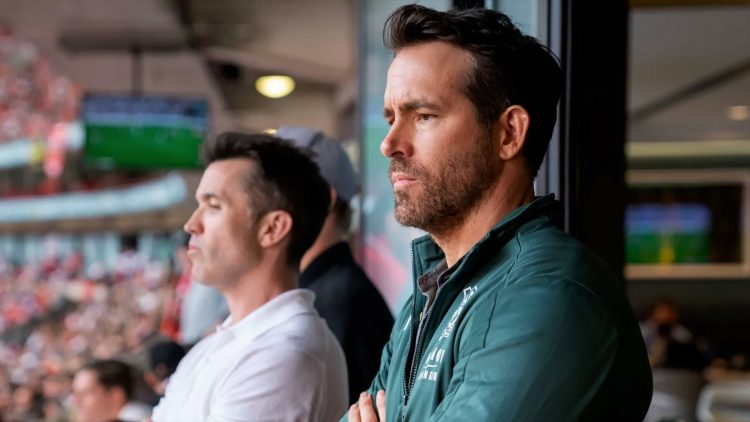 In the 1980s, a fugitive travels to Bombay to escape, only to get caught up with an enigmatic woman that forces him to choose between freedom and love.

The full list of what’s coming to Apple TV+ Canada this month can be found here.

Five months after failing to reroute the vessel, the crew struggles to deal with the increasingly unruly passengers.

Stream 38 at the Garden here.

The full list of movies and shows hitting Crave this month can be found here.

This docuseries follows Vancouver’s own Ryan Reynolds (Deadpool) and Rob McElhenney (It’s Always Sunny in Philadelphia)  as they try to run Welsh soccer team Wrexham FC, the third-oldest club in the world.

It’s worth noting that a second season is in the works.

The full list of movies and shows hitting Disney+ Canada this month can be found here.

Narrated by Toronto’s Will Arnett (Arrested Development), Island of the Sea Wolves explores the nature and wildlife of beautiful Vancouver Island.

The full list of movies and shows hitting Netflix Canada this month can be found here.

This week in Netflix news: Netflix revealed a Canadian release date and pricing for its low-cost ad-supported membership tier.

After surviving a massive heart attack, Randal Graves teams up with fellow clerks to make a movie about the Quick Stop Convenience store.

Clerks III can be purchased for $14.99 on PVOD platforms like iTunes and Google Play.

How to Use Error Budgets to Protect Service Reliability