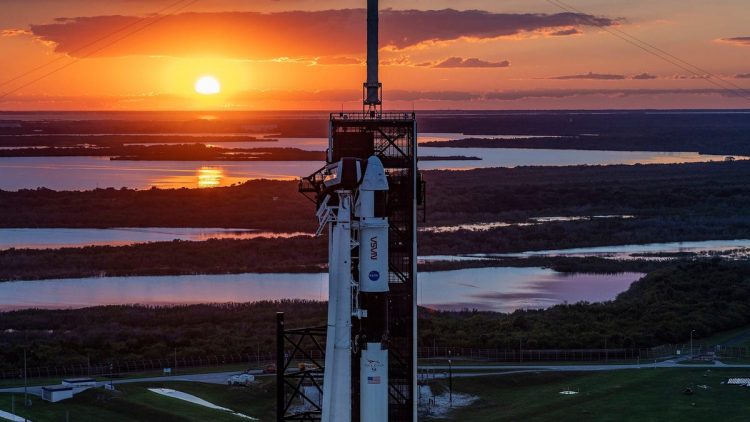 Engineers quip that FOD is a four-letter word, but there’s nothing funny about foreign object debris and its potential to trigger disaster.

The incident happened on October 5 at around 10:25 a.m. ET, as a SpaceX pad crew was preparing Crew Dragon Endurance for launch atop a Falcon 9 rocket. With the four Crew-5 astronauts already inside the capsule and the hatch closed, an attentive eye spotted a single human hair in the latch seal. The hair was designated FOD—an engineering term for foreign object debris—requiring the pad crew to take action.

The countdown clock had just ticked past T-90 minutes, so time was of the essence. The pad crew calmly reopened Endurance’s hatch and removed the offending strand. They performed another inspection, thoroughly re-cleaned the seal area, and closed the hatch for the second and final time. A subsequent pressure check confirmed a tight seal.

The SpaceX pad crew re-inspecting the seal shortly after having to reopen the hatch upon discovering FOD in the form of a human hair. Screenshot: SpaceX

The entire affair took only a few minutes, and the launch wasn’t affected. Blast off of the Falcon 9 happened at noon as scheduled, with the Crew-5 astronauts—Nicole Aunapu Mann, Josh Cassada, Japan Koichi Wakata, and Anna Kikina—successfully reaching the International Space Station on the following day.

That the SpaceX pad crew would take the time to remove a single hair in advance of a rocket launch is revealing and totally understandable. In the aerospace industry, FOD is defined as any object that doesn’t belong at a specific location, whether that location is a hatch seal, an engine, a cockpit, or the runway. Debris in the wrong place can damage equipment, facilitate the suboptimal performance of systems, and trigger outright malfunctions.

It’s an issue across many industries, but for the aerospace industry, it’s a problem that comes with a $4 billion price tag each year, according to Boeing. NASA runs a FOD program at Kennedy Space Center, the purpose of which is to “minimize the possibility of damage or loss of flight hardware or injury to personnel due to lost items within the flight hardware elements, resulting in preservation of national resources.”

Speaking to me on a video call, Tom Simon, deputy spacecraft manager at NASA Johnson Space Center, said, “we’ve all been trained since day one, when dealing with flight systems, to watch out for FOD.” Extraneous items, such as pencils, paperclips, screwdrivers, hair, and dust, “might seem minor,” but they could, among other things, result in a “seal that is slowly leaking overboard,” he said. “When we’re building systems, we take it seriously,” he added.

As an engineer, FOD is “ingrained in your system,” John Posey, NASA lead engineer for Crew Dragon, told me during the same call. It’s “considered a top risk in training programs,” as FOD carries the potential to “bring down rockets and aircraft,” he explained.

Simon and Posey weren’t able to speak to SpaceX’s specific policies and protocols, but they weren’t surprised by the pad crew’s actions in removing the human hair. FOD related to the sealing of surfaces is a serious concern. When dealing with a sealing surface, and when having to ensure a tight seal, “you don’t want something pressing up against it,” Posey said. “Something like hair—depending on its size and orientation—can result in a leak path.”

Posey said that, for time-sensitive situations like the final closing of a capsule hatch, the sudden appearance of FOD should be built into the timeline and process, in addition to having a contingency plan should this scenario arise. Pad crews should “back out, remove the item, re-inspect, and even clean the seal, and then move forward with the job you’re trying to do,” said Posey.

It’s not just hatches that are prone to FOD risk. Launch operators implement processes to mitigate FOD risk, such as using covers or shields when work like cutting or sawing needs to be done near spacecraft. And of course, the operators themselves need to be clean. Propulsion systems, in which fuels and oxidizers are pumped through high-pressure systems, can be affected by FOD, said Posey, who worked on the Space Shuttle during its final days and “spent thousands of hours on propulsion systems, working on the floor with technicians, to make sure it’s all good.”

As Simon explained, the required degree of cleanliness often depends on the nature of the project or mission itself. Posey said every system needs its own control plan, with engineers defining acceptable limits and deciding what needs to be screened.

“Always make sure you’re opening a system in a clean room, perform only what you need to do, and do an inspection prior to closing it up.”

Clean room protocols for uncrewed satellite launches tend to be minimal, “to the point of washing hands and putting on gloves,” he said. Missions involving a crew are a different story, however. “With crews, not only does the avionics system have to work, you also don’t want to have things flying all over the place,” in addition to keeping the seals clean, said Simon. Once in orbit, microgravity can suddenly cause unnoticed FOD to float around, including hair and dust. Posey said filtration systems are designed to deal with this sort of stuff, “but you still want to prevent hassles,” such as requiring covers over hatch seals, among other measures. And “even covers have to be cleaned and checked for leaks,” he added.

Posey offered some sage advice: “Always make sure you’re opening a system in a clean room, perform only what you need to do, and do an inspection prior to closing it up.” And “if you see something that doesn’t look right, go in and investigate,” as it’s a “necessary burden,” he said. A second set of eyes won’t hurt, he added. “FOD will find a way to get into your system,” said Posey, hence the term “Smart FOD.” He recounted an incident in which a bootie, or a shoe cover, was suddenly discovered in the Shuttle compartment. “It just slipped off someone’s foot, and these types of things can be funny in retrospect,” said Posey, but booties or tape or anything else that doesn’t belong can be a flammability concern.

Measures to prevent FOD from getting into components or complex systems start in the clean room, and every clean room has its own cleanliness requirements, depending on the project. Clean rooms “are specially certified and monitored to a certain cleanliness rating depending on what’s in there,” and items typically need to be approved before they’re allowed into a clean room, said Posey.

Lockers are available to hold loose items; tape and sticky floor pads can secure items that must be in the room; and tethers can catch anything that’s accidentally dropped. Overalls, known to engineers as “bunny suits,” cover arms and legs and usually feature a hood with a hair net. Beards get covered by beard nets, while shoes get booties.

“Once you’re ready and all geared up, you step through a double door,” said Posey, the first of which “closes behind you and then you go into the clean room.” In the medium chambers of some double doors, “air blows all over you, sucking up any dust or debris,” he explained. Staff will collect any found FOD and investigate where it came from and whether any additional controls are needed. Clean rooms “are never clean enough,” Posey added.

These measures are an added but necessary headache. The good news is that FOD detection is improving over time. Cameras are now routinely used to observe virtually every corner of a launch pad, while X-ray and CT scans can peer inside objects and create 3D images of a part’s interior. With these tools, engineers can “see assembly issues” and “detect FOD that wouldn’t have been found otherwise,” Posey said. An enhanced ability to sniff-out FOD is of increasing importance to the private sector, particularly in the era of component reusability.

The human hair found inside the hatch seal may or may not have caused a problem during the Crew-5 flight, but that doesn’t matter. What matters is safety and the elimination of anything that could put human lives at risk. Engineers will continue to seek out FOD, regardless of the inconvenience it may cause.

How to successfully pitch business ideas to investors?