Shows like The Crown: 13 top titles for fans to stream 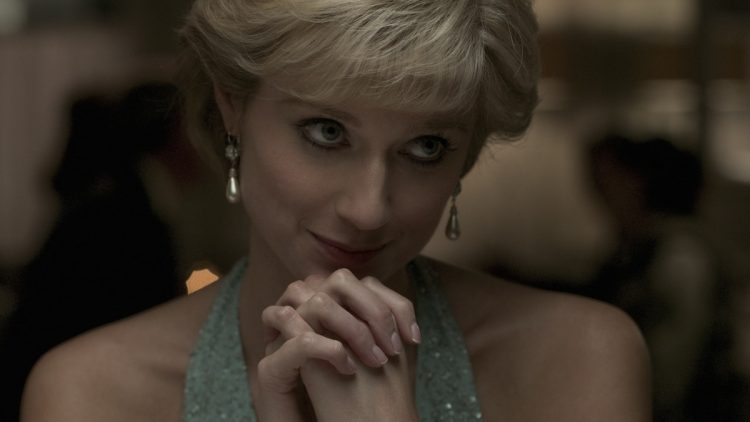 Netflix‘s prestige royal drama The Crown is back for a fifth season, following the recent passing of Queen Elizabeth and the ascension of King Charles III. Fans all caught up may be looking for more shows like The Crown to stream next. We’re here to help with 13 more titles to check out.

The Crown follows the British royal family through the ages, starting with the ascension and coronation of Elizabeth in the 20th century. The upcoming fifth season will cover parts of the 90s, including the tumultuous and heavily publicized end of the marriage between Charles and Diana.

If you haven’t watched The Crown, you can catch up with the whole series on Netflix by hitting the link below. The Crown season 5 premieres November 9.

Tonally a bit of an outlier among shows like The Crown, The Windsors may nevertheless be the closest in subject matter. It’s more limited in its scope, focusing on the royal family in more contemporary times, but the Channel 4 series chronicles the major events in the lives of the British royals. So why are we qualifying all of this? Well, the show is more parody than biography. It’s based in fact, much like The Crown, but it treats the family’s public lives as the basis for a laugh-out-loud comedy, poking fun at the monarchy.

Taking a more historical approach to the British Crown, The Tudors explores the early years of King Henry VIII’s reign in the 1500s, including his relationships with Catherine of Aragon and Anne Boleyn, as well as his political and personal dealings with important figures like Sir Thomas More, the head of the Catholic Church of England Cardinal Wolsey, and Charles Brandon, Duke of Suffolk.

Showtime offers up great movies and some of the best and most innovative original TV shows, and you can get all of that for a low monthly price.

While The Crown largely follows the reign of Queen Elizabeth, Catherine the Great focuses on another woman of great power. Looking at the latter years of Catherine’s reign in Russia, including her affair with Grigory Potemkin, the series follows a controversial and scandal-ridden period, but one that saw her achieve many of her goals in the face of adversaries.

Another show about Catherine the Great, Hulu’s The Great focuses on the young monarch’s early days in Russia acclimating to new ways and a boorish new husband. Adopting a darkly comedic tone, The Great is less invested in historical accuracy than The Crown, but it’s an equally gripping look at the life of royals, focusing on a woman making the best of a bad situation and quickly mastering politics.

Hulu offers not only thousands of movies and TV shows to stream, it also has original shows and films like The Handmaid’s Tale. You can upgrade to Hulu Plus Live TV to get live channels, including your local stations.

If what you’re looking for is gossip and pageantry, you could do a lot worse than Bridgerton. The Netflix original romance series follows the Bridgerton siblings in Regency-era England. As the Bridgertons seek to find love, they also contend with a buzzing rumor mill driven by a mystery gossip monger whose newsletter reveals people’s deepest, darkest secrets.

Starring Rebecca Ferguson, The White Queen is a dramatisation of the War of the Roses, the very conflict that inspired Game of Thrones. The House of York and the House of Lancaster are engaged in a blood feud over who is the country’s true king. Lancastrian commoner Elizabeth Woodville draws the attention Edward IV, heir to the House of York, who has claimed the throne. Their relationship destabilizes the situation further.

A follow-up to The White Queen, The White Princess stars Killing Eve’s Jodie Comer as Elizabeth of York. Elizabeth, or Lizzie, is one of three noblewomen who seek to claim power at the end of the War of the Roses.

The last title in the series of shows about the Tudors, begun in The White Queen and The White Princess, The Spanish Princess tells the story of the Spanish princess Catherine of Aragon. Promised to the English Prince Arthur before his death, Catherine turns her sights to the new heir, Prince Harry.

While American, contemporary, and not dealing with a royal family, HBO’s Succession is nevertheless a show like The Crown. At least a little bit. It’s concerned with power and, as its title suggests, succession. When an ageing media mogul’s health is in jeopardy, his kids vie to become his replacement. But as Logan Roy clings to his power, his children scheme, planning for different outcomes.

Set against British and world history in the early 20th century, Downtown Abbey follows the Crawley family (as well as their servants) in the family’s Edwardian country house. When Lord Grantham’s cousin and son die aboard the Titanic, he is left without an heir and must work to find one as World War I begins.

This E! series is a show like The Crown that abandons reality and leans into melodrama. The soap opera follows a fictional royal family in England and stars Elizabeth Hurley. The series sees its titular monarchs facing scandal, blackmail, conmen, and murder as they seek to maintain control over their kingdom.

Starting with the death of King William IV in 1837, this ITV drama follows the life and reign of the young Queen Victoria and Prince Philip. Ascending at the young age of 18, Victoria had to prove herself quickly. The series sees how she pulled it off, set against major historical events including the French Revolution.

Before she played Queen Elizabeth in The Crown, Claire Foy played Anne Boleyn in this adaptation of Hilary Mantel’s novels Wolf Hall and Bring Up the Bodies. Wolf Hall tells the story of Thomas Cromwell, who rose through British social ranks as the son of a blacksmith to become King Henry VIII’s chief minister.

Those are just a few shows like The Crown to check out once you’re all caught up with Netflix’s royal drama.