How Parag Agrawal forced Elon Musk to buy Twitter and walked away with $42 million after getting fired- Technology News, Firstpost 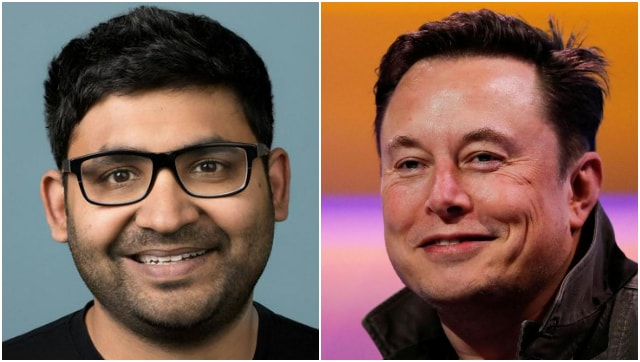 After months of speculation of will he-wont he, Elon Musk finally closed the deal with Twitter and acquired the microblogging site. His first order of business was to clean house – his first act as the owner of Twitter, was to sack some of the top executives of the platform. This included CEO Parag Agrawal, CFO Ned Segal and General Counsel Vijaya Gadde.

In all of this drama, it seems Parag has emerged as the real hero, at least for Twitter and the people working there. It would be wise to remember that had it not been for Agrawal and his team, Elon Musk would have walked away from the deal, having tanked Twitter’s stock valuation.

When Jack Dorsey, Twitter’s former CEO gave up his position and had Parag take over his position, Musk wasn’t exactly dissatisfied with Parag. However, he did have issues with Parag even back then.

Musk found the Twitter management incompetent and his leaked chats were testimony to the fact that he disliked Agarwal and wanted to get rid of him as soon as he acquired him.

Initially, Parag and Elon were on civil terms. However, ever since Musk publicly tried to take over Twitter in a hostile manner, things changed between the two. Musk has often berated Agrawal and even mocked him for holidaying in Hawaii. Musk believed that Agrawal was not the kind of man who could run Twitter, and had conveyed so to Jack Dorsey.

One also has to consider just exactly how the takeover bid was initiated.

Then, there’s also the fact that there have been numerous occasions where Musk tied to troll Parag brutally. Parag was forced to take a stand against Musk a number of times, and it seems, that in most instances, he emerged victorious.

Agrawal surely must have known that if indeed Musk would acquire Twitter, he would be the first one to be shown the door. And yet, this did not stop Parag to make Musk go through the acquisition process that he had initially started.

Make no mistake about this, but had it not been for the court case and subsequent discovery that was looming over Elon, he wouldn’t have bought the company. Not just that, Elon actually tried to back out of the deal a second time as well, after Twitter and its legal team filed a case against Elon.

One of Parag’s most significant moves in this entire drama was to get Twitter’s case listed in front of a court which has a history of going tough on people, if they deal in bad faith.

Besides forcing Musk to go through with the merger, Parag also ensured that he bought Twitter at the price that Musk had originally offered, even though, the current value of Twitter is nothing close to the sum. Musk always knew that paying $44 billion for Twitter was a mistake. Many industry insiders believe that Musk’s decision to feign and pull out of the deal was an elaborate ruse to get the board members at Twitter let Musk make a much smaller offer.

In 2021, Agrawal’s total compensation 2021 was $30.4 million, most of which was paid to him in stock awards. When Parag was made CEO, he was replacing Jack Dorsey, the founder & CEO of Twitter at that point. Parag’s contract stipulated that Agrawal is entitled to get $42 million from Twitter if he were terminated within 12 months of a change in control as a severance package, some component in the form of a bonus, and all of his wages that were accrued to him.