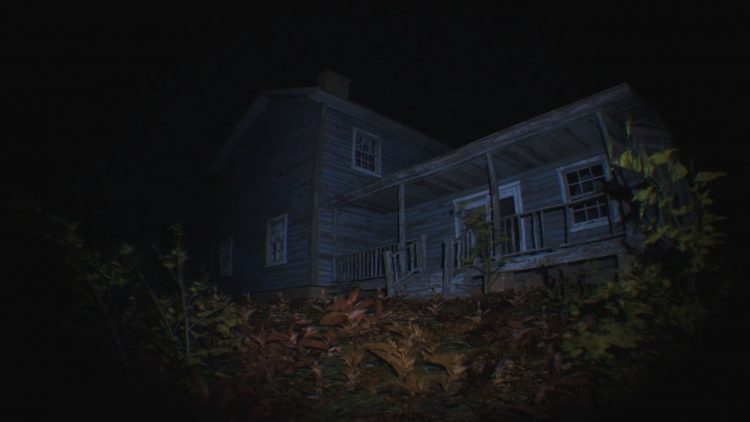 Boo! Every Halloween, I find myself browsing for a scary game to play. I don’t know why because every time I stumble upon one, I cannot get far in it before wimping out. Alien Isolation, Outlast, and Resident Evil 7 VR are just a few, but my Halloween tradition dates back to Silent Hill and its damn evil babies.

While looking for this year’s bone-chiller, Kotaku’s Zack Zwiezen turned me on to a small indy project that I totally want to play, but at the same time, I don’t want to go near it. You can see why in the trailer below that debuted on Tuesday.

The game is Paranormal Tales, or PT for short, from a studio called Horror Cam Committee. The two developers drew inspiration from PT, the legendary “Silent Hills demo” that nobody can get their hands on anymore, so the name is not likely a coincidence. There is also a clear influence from the found footage genre of horror films.

In fact, the game’s entire premise is to explore the environments from videos recorded by people before they were “lost” and never to be heard from again. Your goal is to re-enact the found footage and survive. The developers have taken to calling it “bodycam-style,” perhaps inventing an entirely new genre.

The game plays out in chapters, each being a different found footage file and backstory. The first-person view creates a feeling of stress as you stumble around in someone else’s shoes.

The bobbing fish-eye view provided by the bodycam can be a little unsettling for those prone to motion sickness, but Horror Cam Committee says it is thinking about adding some options to help mitigate that. However, it also points out that part of the game’s goal is to take players out of their comfort zone.

“[The game] feels completely terrifying, almost claustrophobic, and puts an interesting twist on horror,” the developer says in its FAQs.

Players should be prepared for jump scares, anxiety, nervous breakdowns, and maybe spiders.

“Don’t play if you’re scared of the dark, ghosts, jump scares, and just horror in general,” the developer warns.

The most striking thing about this game is its realism. It’s built on Unreal Engine 5, and sometimes you can’t tell if what you are watching is the game engine or a YouTube video. Others have done some amazingly realistic stuff with UE5, but nothing this creepy.

Unfortunately, the only thing Horror Cam Committee has ready for Halloween is the announcement trailer and some screenshots. The Paranormal Tales Steam page is up with a “wishlist (if you dare)” link, but there is not even a vague release window yet.

That’s too bad. I suppose I’m still in the market for a game too scary to play this Halloween. I’m familiar with and have played most of the mainstream entries. If you want to help, drop me some suggestions in the comments — the more obscure, the better.

Found is a TechSpot feature where we share clever, funny or otherwise interesting stuff from around the web.