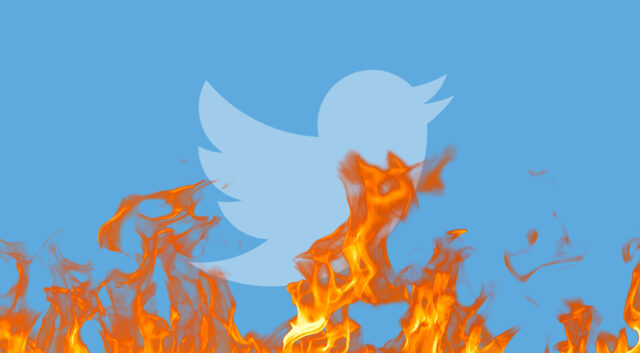 It finally happened — after months of snide public statements and legal wrangling, Elon Musk has acquired Twitter for the original $44 billion offer. Musk wasted no time firing several executives, including CEO Parag Agrawal, almost the instant the deal was done. Musk has hinted at some major changes to the way Twitter works, including the end of lifetime bans, but he promises it won’t become a “free-for-all hellscape.” It may not be possible to thread that needle, though.

According to Musk, who has a penchant for grandiose overstatements, he purchased Twitter because he wants to help humanity. Also among those immediately fired by Musk was Twitter’s head of policy, trust, and safety, Vijaya Gadde. Musk has harshly criticized Twitter’s handling of numerous disputes, which sometimes involved temporary and lifetime bans on controversial figures. Reports now indicate that Musk plans to end the practice of permanently banning users.

Conservative users, who largely believe Twitter discriminates against them, are cheering the news. Musk has spent the past few years adopting right-wing talking points around COVID and criticizing Democrats, so they do have reason to be hopeful. Should Musk follow through on his apparent intention to reverse lifetime bans, that could mean the return of former president Donald Trump, who was permanently banned from Twitter following the January 6th Capitol riot. Trump has since launched his own social network known as Truth Social, but it’s apparently floundering. Returning to Twitter is probably what he’s wanted all along, anyway.

Musk says he plans to make some changes to the company’s suspension policy quickly, so accounts banned for harassment and misinformation could reappear soon. In addition to Trump, conservative political actors on Twitter are begging Musk to reinstate the accounts for Infowars and its founder Alex Jones, as well as Project Veritas, Milo Yiannopoulos, and election conspiracy theorist Mike Lindell.

We might soon get a preview of how, if at all, Musk will attempt to reign in misinformation on his new social network. As the deal closed, news broke of a break-in at the home shared by US Speaker of the House Nancy Pelosi and her husband Paul Pelosi. While the Speaker was in Washington at the time, reports say Paul was badly injured and is currently recovering in the hospital. Conservatives on Twitter have started alleging this attack was a false flag aimed at influencing the upcoming election — they have compared Pelosi to actor Jussie Smollette, who was convicted of concocting a fake assault story several years ago. It’s trending right alongside news of the break-in. Should this become a new election conspiracy theory, the old Twitter would have taken action, but will Musk?

Right now, it sounds like Musk wants to have it both ways. He’s committed to running Twitter as a “digital town square” that allows diverse opinions, but he also says it must be “warm and welcoming to all.” Regardless of what Musk says during this pivotal time for the company, it seems inevitable that Twitter will spend more time targeting bots than misinformation. Some people may prefer that, but it could make the site, if not a hellscape, at least a lot more combative. Musk got himself into this mess, and he’ll be blamed for whatever happens.

TikTok takes on Amazon, plans to launch live shopping in the US with Amazon-like fulfilment centres- Technology News, Firstpost