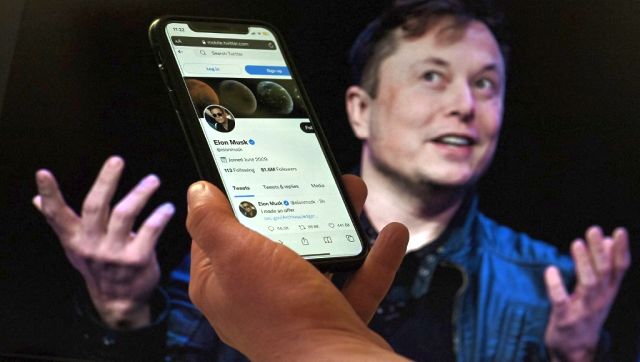 ‘The bird is freed’, tweeted Elon Musk shortly after he completed his $44-billion acquisition of Twitter, following months and months of back and forth.

His first piece of business as Twitter chief was the ouster of CEO Parag Agrawal, Chief Financial Officer Ned Segal, and head of legal policy, trust and safety, Vijaya Gadde.

With this move, the billionaire behind SpaceX and Tesla brings to a close a saga that saw Twitter go to court to hold the multi-billionaire to the terms of a takeover deal that he had tried to escape.

However, if you think the Musk-Twitter saga is over, you’re sorely mistaken. The real drama is yet to come.

In April while he was still on good terms with now ousted CEO Parag Agrawal and was about to join the board, he had written in a text message to Agrawal, “I have a ton of ideas. I just want Twitter to be maximum amazing.”

So, what ‘amazing’ changes could be coming? How will the eccentric yet genius billionaire change the social media platform?

Musk has consistently stated that his reasoning to buy Twitter is that he wants it to be an open digital town square of ideas, without intervention.

A self-styled “free speech absolutist” who has been critical of Twitter’s moderation policies has said that he would allow anyone to say anything on the platform, as long as it’s legal.

Back in April, he had tweeted his explanation of ‘free speech’.

By “free speech”, I simply mean that which matches the law.

I am against censorship that goes far beyond the law.

If people want less free speech, they will ask government to pass laws to that effect.

Therefore, going beyond the law is contrary to the will of the people.

In June, he reiterated his ‘free speech’ stance, saying, “I think people should be allowed to say pretty outrageous things that are within the bounds of the law, but then that doesn’t get amplified, it doesn’t get, you know, a ton of reach.”

How Musk will achieve that through Twitter as of now is unknown. But, on Thursday, he did try to address concerns about his hands-off approach to content moderation in his public memo to advertisers.

He wrote that Twitter “cannot became a free-for-all hellscape, where anything can be said with no consequences!” and added that he wants Twitter to be a place “where you can choose your desired experience according to your preferences, just as you can choose, for example, to see movies or play video games ranging from all ages to mature.”

The Twitter headquarters in San Francisco. With Elon Musk’s takeover, there are bound to be internal as well as operational changes to the platform. AP

On 8 January 2021, Twitter had permanently suspended the former US president after the deadly insurrection at the US Capitol.

Since then, Musk has been critical of Twitter’s decision and said that he plans to reverse Trump’s ban from the platform even though the former US president said he doesn’t plan on coming back.

When asked about Trump in May, he had said, “I would reverse the permanent ban,” adding that Twitter was “left-biased”.

Speaking to the Financial Times, the SpaceX CEO had said, “I think that was a mistake because it alienated a large part of the country and did not ultimately result in Donald Trump not having a voice. Banning Trump from Twitter didn’t end Trump’s voice. It will amplify it among the right, and that is why it’s morally wrong and flat-out stupid.”

Other suspended accounts such as US conspiracy theorist Alex Jones and, in the UK, the rightwing commentator Katie Hopkins could also be reinstated.

Republican’s Marjorie Taylor Greene, whose personal Twitter account was suspended this year for repeatedly sharing misinformation about COVID-19 vaccines, could also be allowed back.

Explained: How Elon Musk got $44 billion to buy Twitter

From flamethrowers to challenging Putin to combat, why Elon Musk is the king of publicity stunts

Getting rid of bots

That is why we must clear out bots, spam & scams. Is something actually public opinion or just someone operating 100k fake accounts? Right now, you can’t tell.

And algorithms must be open source, with any human intervention clearly identified.

Then, trust will be deserved.

Musk has said that even though Twitter maintains that bots represent less than 5 per cent of all accounts, the number is much higher — almost 20 per cent or even more.

In fact, he had used the bot issue as a legal way to get out of the deal, saying that the company had defrauded him and investors on the matter.

On April 21, Musk tweeted if a Twitter bid succeeds “we will defeat the spam bots or die trying!” and “authenticate all real humans.”

Twitter users have long asked for a way to edit their tweets for typos and other problems, but the highly requested feature hasn’t been at the top of the company’s priorities.

Elon Musk has long been in favour of introducing an edit button for all users and on 4 April, 74 per cent of his supporters said they supported adding the edit feature.

In September, the company did introduce the edit option for select users. But Musk may now expedite the process now that he is in charge.

But there are still concerns that the edit feature could be used with malicious intent to spread misinformation or harmful messages.

Musk wants to make Twitter much more than a social media app: turning it into a “superapp.”

In June, Musk told Twitter staff that the company should emulate WeChat, the Chinese “superapp” that combines social media, messaging, payments, shopping, ride-hailing — basically, anything you might use your phone to do.

“You basically live on WeChat in China,” Musk said in June. “If we can re-create that with Twitter, we’ll be a great success.”

This is by far one of Musk’s most ambitious plans and the closest thing he has to a real business strategy. However, he faces competition from Snap’s Evan Spiegel and Uber, who have also been pursuing the “super-app” idea.

A receptionist works in the lobby of the building that houses the Twitter office in New York. There are fears that with Musk controlling the platform it will become a free for all — allowing for hate speech and misinformation. AP

The billionaire has been critical of Twitter Blue, the company’s subscription service that offers exclusive features like bookmark folders and ad-free articles for $4.99 a month.

In April, he had said that all Blue members “should get an authentication checkmark,” similar but different to the blue checkmark that ‘verified’ public figures receive.

He also said that subscribers should pay $2 per month rather than the $4.99. However, this amount should be paid for 12 months up front.

With Musk taking control, Twitter will also see an internal shake-up. As already reported, the current CEO Parag Agrawal has been asked to leave, fuelling speculation that Musk, who already runs multiple companies, could take the reins himself.

In the run-up to Musk’s takeover, many employees began quitting disheartened by Musk’s plans to overhaul the company.

Musk, himself, told Twitter employees on his first visit to the company on 5 October that he did not plan to lay off that many workers. However, he is still expected to make some cuts.

What happens next in the Musk-Twitter saga is unknown, but it’s apparent to all that the next few months will be turbulent for Twitter employees and Twitter users.

How to Group Columns in Microsoft Excel