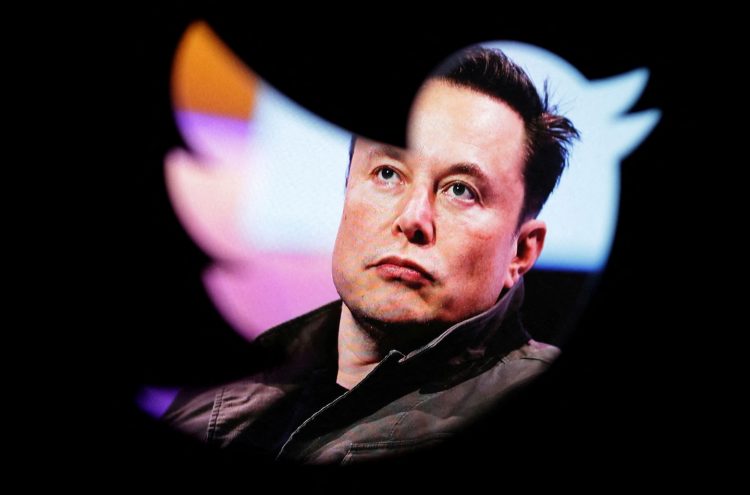 SAN FRANCISCO — Elon Musk is proceeding with plans to lay off a large number of Twitter employees, a course of action that could prompt fundamental changes in the way more than 200 million daily users experience the site.

Layoffs are expected to be broad, according to three people familiar with the discussions, who spoke on the condition of anonymity to describe private matters. One of the first targets is likely to be legal, trust, and safety, the organization that sets policy and oversees content moderation, one of the people said. Managers in information security and privacy also were among those drawing up lists Saturday of people to lay off, said a fourth person who spoke under the same conditions.

Two of the people said that layoffs were likely to happen before Tuesday, Nov. 1, when employees are set to receive stock grants, cutting them off from compensation they had expected to receive.

The Washington Post previously reported that Musk planned to cut nearly 75 percent of the workforce of 7,500. One of the people familiar with the discussions said this week the cuts would be closer to 50 percent.

Musk’s new ownership is expected to bring sweeping changes to the social media company, which has long been regarded as an underperformer in Silicon Valley. Musk broke with previous management over the company’s approach to policing speech online. Though he is expected to ease its content moderation efforts, he indicated in a tweet Friday that he had yet to make changes to those policies. He also said he would not reinstate any banned accounts until he convened a new council on content moderation, tamping down speculation that former president Donald Trump, among others, would soon be allowed back on the site.

For now, uncertainty inside the company is most evident around staff cuts and changes, as workers have waited for weeks to learn if they might still have a role at Twitter following Musk’s acquisition.

Elon Musk, the Twitter deal and his quest to save ‘all life on Earth’

Musk has a reputation as a fierce manager who is quick to replace underperformers and given at times to “rage firings.” But he also is revered for a unique ability to attract talent to companies engaged in potentially world-changing missions around climate change and space exploration, among others.

Throughout the weekend, Twitter employees waited anxiously for the next shoe to drop. In offices in San Francisco and New York, and on internal company messaging channels, they searched fruitlessly for news of who might be fired and how their jobs would change under Musk, according to interviews with employees who spoke on the condition of anonymity to discuss sensitive internal matters.

In a highly unusual arrangement, engineers from Tesla were examining Twitter’s code as Musk sought input from technical experts he trusted. Musk attorney Alex Spiro was directing some aspects of the transition, including overseeing the company’s lobbyists, some of whom were told to stop holding events and sending letters to Capitol Hill.

Spiro and Musk did not immediately respond to requests for comment.

Musk acquired Twitter on Thursday after a months-long dispute that began when he took a large stake in the company in April. He accepted — then rejected — a seat on the board before finally striking a deal to buy the company for $44 billion. In July, Musk tried to back out of the deal, claiming Twitter had misrepresented the quantity of spam and bots on the site. Twitter then sued him for breach of contract. Rather than face trial, Musk finally executed the agreement.

As Musk toured Twitter’s offices and met with staff Wednesday, he said he had no plans to lay off 75 percent of the workforce, people with knowledge of his conversations said. Though worried about what his leadership would portend, some employees seemed cautiously optimistic.

On Friday, Musk used Twitter to communicate with the outside world. There were still lingering questions, including whether he would reinstate Trump’s account. Musk has said he would rescind the permanent ban placed on Trump’s account in the wake of the Jan. 6, 2021, attack on the U.S. Capitol.

Musk also addressed the account of Ye, the rapper and fashion designer formerly known as Kanye West, whose account privileges were limited after he posted antisemitic remarks.

“Ye’s account was restored by Twitter before the acquisition,” Musk wrote of the rapper, who he has counted as a friend. “They did not consult with or inform me.”

The post soon appeared with a user-submitted context label because Musk had appeared to misstate how Twitter had handled the matter. The label said Ye’s account was never suspended.

Internally, Musk is in the process of assessing the company and its talent, according to a person familiar with his plans who spoke on the condition of anonymity to candidly describe private deliberations. Musk wants to maintain the best talent Twitter has to offer even as he has deputized members of his team, including recruits from Tesla and SpaceX, to help him gain a better understanding of the ins and outs of Twitter.

As part of that process, some Twitter engineers received a calendar invite Friday telling them to “stop printing, please be ready to show your recent code” written in the last 30 to 60 days on their computers. The note continued: “Please come prepared with code as a backup to review on your own machines with Elon.” Later, people inside the company reported that Tesla engineers were in fact reviewing the code.

One former Tesla engineer who was not part of the action at Twitter said Tesla engineers would have trouble capably assessing Twitter’s code. Distributed systems, the large-scale and spread-out network that Twitter is composed of, are not the automaker’s specialty, the person said, who spoke on the condition of anonymity.

The “idea of Elon being flanked by his Tesla engineers reviewing Twitter code is laughable,” the person said.

The deadline for Musk to complete the acquisition was Friday afternoon, so the Thursday takeover came as a surprise to employees in the New York and San Francisco offices — some of whom were dressed in costumes for company Halloween parties when the news broke.

On Friday, around 15 journalists and a handful of camera crews set up outside Twitter’s San Francisco office, waiting for Musk to appear or for laid-off employees to exit. Early in the day, two men claiming to be fired workers came out carrying boxes, but they appeared to be pulling a prank.

As the day wore on and no information about layoffs was forthcoming from Musk’s team, some Twitter workers were angry and confused.

Naomi Nix, Joseph Menn, Taylor Lorenz and Will Oremus contributed to this report.

How To Build A Secure IT Infrastructure For Your Small Business