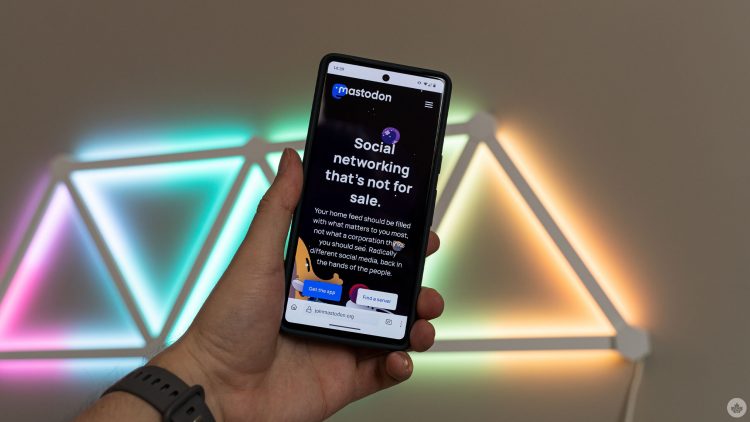 With Elon Musk’s ascent to ‘Chief Twit’ on Friday, some joined an exodus from the platform in search of less racist greener platforms. Over the last couple of days, you may have heard talk of ‘Mastodon,’ which seems to be the landing place for many former tweeters. But what is Mastodon, and how does it work?

In short, Mastodon is free and open-source software for self-hosted social networking services. On the surface, Mastodon seems a lot like Twitter, offering similar microblogging features with a 500-character limit on posts (called toots instead of tweets) that appear in a real-time feed. Mastodon says on its website that the timeline shows posts chronologically with “no algorithms or ads to waste your time,” which feels like a shot at Twitter’s much-maligned algorithmic feed.

However, Mastodon isn’t just an open-source Twitter-like social network. When you dig in a little more, there are quite a few differences. Most notable (and likely most confusing for newcomers) are servers. Mastodon isn’t a centralized social network like Twitter, where everyone goes to the same place. Instead, it’s a ‘federated network’ consisting of various servers (also called instances) that represent different communities.

Mastodon likens servers to email address domains like Gmail, Outlook, etc. Users pick a server to host their account, but can still interact with people on other servers as long as they know their address. There are a bunch of different servers available to pick from — some are centred around shared interests, like gaming, or places.

The server approach also means that moderation on Mastodon differs significantly from Twitter and other social networks. Each server handles its own moderation, enabling a more local, community-driven approach to content moderation. Mastodon suggests people join servers with rules they agree with, or host their own server.

One other interesting note about Mastodon is that it’s interoperable with other social platforms based on ActivityPub, an open and decentralized social networking protocol. Mastodon says one account grants access to the “fediverse,” a group of independently hosted social networking apps that can communicate with each other (imagine if one account let you seamlessly post to Twitter, Facebook, Instagram and more).

How to get started with Mastodon

If you’re interested in making the jump from Twitter to Mastodon, here’s how to go about it. To start, you’ll need to pick a server — you can find a list of options here. Since servers have different focuses and rules, Mastodon recommends picking a server that aligns with what you’ll be posting about the most. For example, someone passionate about climate justice may want to join the ‘climatejustice.social‘ server. If you want to post about various topics, a general server (like the Mastodon-operated ‘mastodon.social‘ server) may be a better fit.

You can check a server’s rules by clicking the server, then clicking the ‘Learn more’ button on the left side and reading through the ‘About’ and ‘Server rules’ sections.

Ultimately, which server you pick isn’t a huge deal since you’ll still be able to chat with people on other servers. If you find another server you like, you can always create a second account for that server, or migrate your profile to that server without losing followers.

Once you’ve selected a server, you can create your account (you’ll need to make a display name and username, password, and add an email address). You’ll get an email with a confirmation link to activate your account. Once that’s done, you’re good to start following other Mastodon users and posting toots.