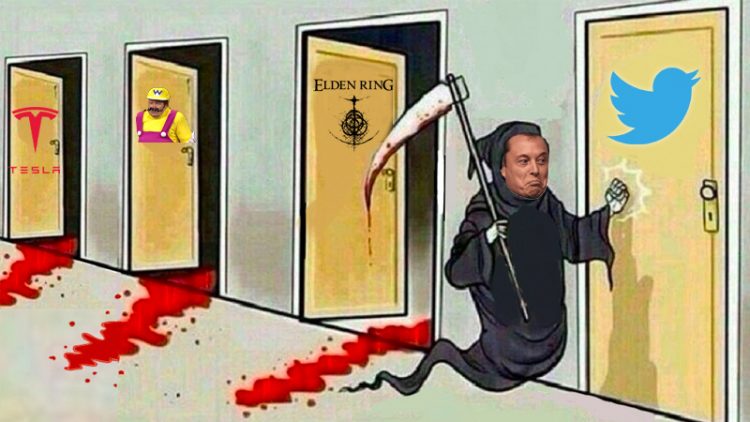 After several months of trying to back out of acquiring Twitter, Elon Musk now officially owns the social media giant.

While any billionaire buying the platform would have been cause for concern, the fact that the world’s richest — and arguably most immature — man has done so is especially worrisome. That’s because, among Musk’s many shortcomings, is the fact that he’s really quite inept.

Looking back on his past screw-ups, it’s not hard to feel pessimistic about how Twitter will fare under his control. With that in mind, here are seven things that Musk has messed up on that add to the notion that he’ll run Twitter into the ground.

These are clearly the words of someone who cared about saving people and not his own fragile ego.

Between June and July 2018, rescue efforts were underway for a junior football team in a Tham Luang cave in Thailand. Initially, Musk revealed plans to build a mini-submarine to rescue the team, although this was viewed by many as both infeasible and a publicity stunt. Even though the mini-sub was ultimately never used in the rescue, Musk was quick to slam his critics, including, most infamously, by calling Vernon Unsworth, one of the people who did save the team, a “pedo guy.”

That Musk initially didn’t back down from his comments, and reportedly even pressured Thai officials to praise his mini-sub, only made him look worse. While many would surely agree that the most important thing was making sure the kids and their coach go out safely, Musk just had to make it all about himself.

My tweets are being suppressed!

In 2018, the Tesla CEO came under fire for tweeting that he was “considering taking Tesla private at $420” per share and had “secured” funding. This resulted in a sudden rise in Tesla stock, despite the fact that his tweet was false. This ultimately led to the U.S.’ Securities and Exchange Commission (SEC) ruling that Musk must have his tweets vetted by Tesla’s lawyers.

He also stepped down as chairman. He’s since been trying to appeal this ruling and, in typical “old man tries to be hip” form, even referenced an Eminem song to do so.

I hope that even my worst critics remain on Twitter, because that is what free speech means

Musk loves to talk about free speech, but it’s something he very clearly doesn’t believe in. On top of defaming  falsely accusing Unsworth of pedophilia simply for criticizing him, Musk has a track record of going after people who say things he doesn’t like.

This includes Tesla firing an Autopilot employee for posting a YouTube video showing imperfections in the self-driving tech, a whistleblower whom Musk reportedly tried to hack and spy on and terminating a worker for attempting to organize a union. Musk capitulates to the far-right “we can say whatever we want” crowd, but his fragile ego won’t allow anyone to criticize him or his company.

Reuters recently reported that the U.S. Department of Justice (DOJ) has launched a criminal probe into Tesla Autopilot. Since last year, the DOJ is said to have been investigating at least 12 crashes involving self-driving Tesla cars, some of which have been fatal. Other agencies, including the National Highway Traffic Safety Administration (NHTSA) and California’s DMV, have also scrutinized Tesla over misleading claims about Autopilot and Full Self-Driving (FSD).

While Tesla is far from the only company that has had autonomous vehicle stumbles, Musk is notorious for lying about Autopilot. Every year, he’s made promises about Tesla’s self-driving car ambitions, and every year, they don’t come to pass. Tesla even admitted privately last year that Musk has been exaggerating FSD’s capabilities.

Musk is known for sharing memes on Twitter, but he regularly goes too far. Take the time he posted a since-deleted meme comparing Canadian Prime Minister Justin Trudeau to Adolf Hitler amid the unlawful Freedom Convoy’s occupation of Ottawa, a move that was widely condemned by many, including the American Jewish Committee, for being extremely distasteful. Musk also steals his memes from actually funny people, like the folks who run the parody gaming site Hard Drive, then gets into immature spats with them when justifiably called out.

How about responding, “why does ur [profile picture] look like u just came?” to a U.S. senator proposing a billionaire tax on people like Musk? Canadian musician Grimes, with whom Musk has two children, has even admitted he’s been “very immature at points” on Twitter and called him out for a transphobic tweet.

Alright, this is mostly a joke and really doesn’t mean anything in the grand scheme of things, but it’s nonetheless amusing that a narcissist who tries so desperately to look funny and cool on Twitter was caught proudly sharing a bad Elden Ring build. Essentially, he gave his character two shields when you only benefit from having one. This is a problem because it weighed his character down, thus preventing him from executing critical maneuvers like dodging.

Simply removing that extra shield would have fixed this, so it’s unclear why he even had it to begin with. When we wrote this story, people accused us of gatekeeping — a weird statement considering Musk’s setup was, objectively, needlessly cumbersome. But on a more serious note, it highlights how true the “Elon Musk/weird nerds” Simpsons meme continues to be. Simply making fun of a narcissistic billionaire over *checks notes* a video game warrants a bunch of defensive (and often toxic) replies from his fans. It also must totally be a coincidence that hate speech rose significantly following Musk’s takeover of Twitter.

Based on current trends, probably close to zero new cases in US too by end of April

Early in the COVID-19 pandemic, Musk spread a variety of misinformation related to the virus, including promoting a widely discredited paper about the alleged benefits of chloroquine and claiming death statistics were inflated. That would be bad in and of itself, but that doesn’t even address his most recent wrongdoing.

Just three days after buying Twitter, Musk shared a fake news story about Paul Pelosi, the husband of Nancy Pelosi, the U.S. Speaker of the House. On October 28th, Paul Pelosi was assaulted with a hammer inside his home by a man looking for his wife. However, Musk soon tweeted a link to a story in a faux newspaper, the Santa Monica Observer, alleging that Paul Pelosi was injured during a drunken fight with a male prostitute. “There is a tiny possibility there might be more to this story than meets the eye.” Eventually, Musk deleted the tweet, but instead of actually owning up to the mistake, he took the chance to take a dig at The New York Times instead.

The fact that the person in charge of Twitter can’t even discern what’s blatantly false before sharing it is certainly worrisome. That Musk is the third-most-followed account on Twitter only makes such politically-charged tweets all the more dangerous.

Naturally, this only scratches the surface. There are many more things that could be added, like an allegation of sexual misconduct, or even the profoundly stupid names he and Grimes gave their kids. It remains to be seen what will happen with Twitter, especially as many look to other platforms, but one thing’s for sure: Musk will continue to be Musk.

Do India’s IT Rules of 2021 allow Elon Musk to charge for verification?- Technology News, Firstpost