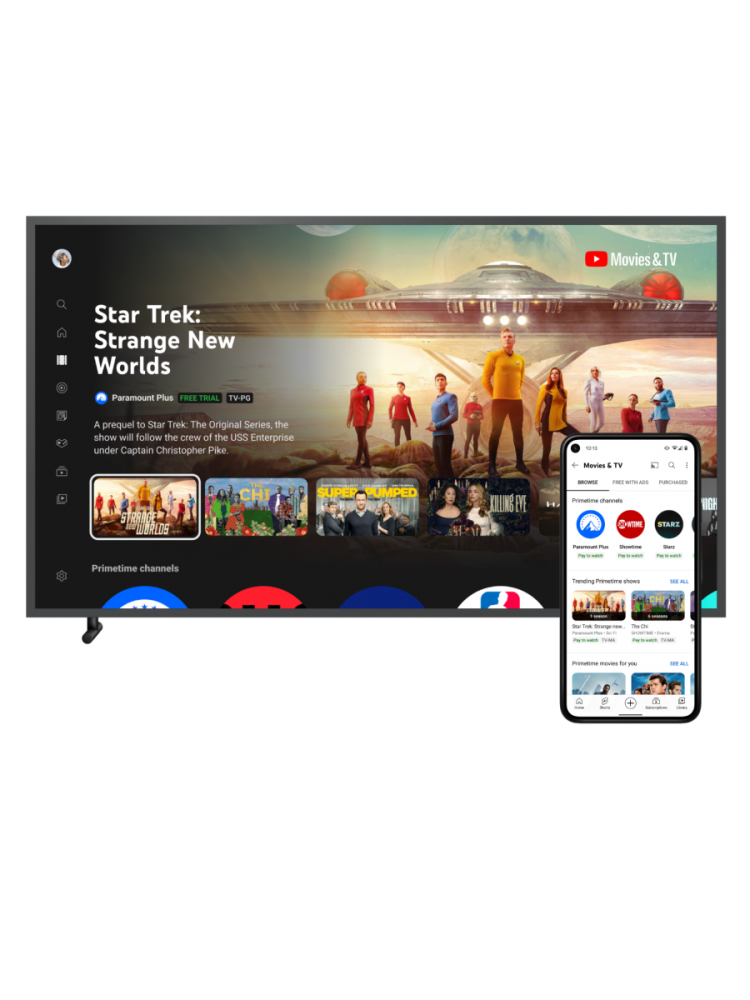 YouTube is bringing more streaming services to its platform in the U.S. with a new feature, “Primetime Channels,” allowing consumers to subscribe and watch content from over 30 services within the YouTube app. The company has signed up with streaming partners like Paramount+, Showtime, Epix, Starz, AMC+ and more.

The new feature is in YouTube’s Movies & Shows hub, which can be found in the Explore tab. From there, users can sign up for various channels. Then, the channels will appear directly on the YouTube homepage.

Now, users can discover MrBeast’s content alongside other streaming titles like “1883,” “The Chi” “Star Trek: Picard,” Anne Rice’s “Interview with the Vampire” series, and more, all on one feed. Users will get a personalized experience that includes recommended shows and movies, as well as curated trailers, behind-the-scenes footage and cast interviews, the company said.

The offering is only available to U.S. users, but YouTube plans to expand to international users in the future. The company is also looking to work with more streaming partners and add channels over time, it noted.

Paramount+ is currently the biggest Primetime Channel on the platform in terms of its subscriber base, and YouTube isn’t its only notable distribution partner. The streamer also recently partnered with The Roku Channel and Walmart, where it’s now a part of the Walmart+ subscription.

“We are excited to expand our partnership with YouTube to offer customers of Paramount+ another way to stream the content they love,” Jeff Shultz, Chief Strategy Officer and Business Development Officer at Paramount Streaming, said in a statement. “This new feature gives us the opportunity to expand our presence on YouTube, broadening our reach and giving consumers even more choice when it comes to streaming the best in entertainment.”

With its new streaming subscription hub, YouTube will now compete with tech giants Amazon, Roku, and Apple. Plus, the move makes sense for the company as 2 billion users already go to the platform to watch content about their favorite movies or shows.

The launch of Primetime Channels comes a few months after YouTube TV rolled out a new plan that allows subscribers to pick and choose from over 20 add-on channels.

Primetime Channels available at launch include:

Google and Renault team up to create a ‘software-defined vehicle’