10 Google Pixel Features You Should Be Using 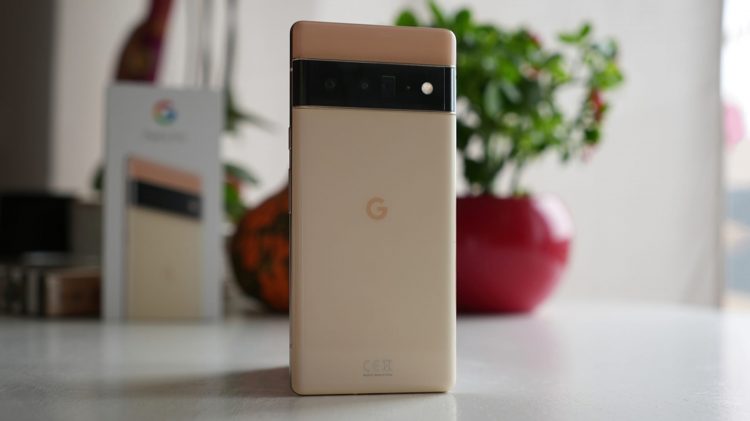 Google Pixel phones may not have as many features as Samsung Galaxy phones, but they’re not without cool things to do. We’ll show you some things you can do with a Pixel phone that you may not know about.

Make it Easier to Use With One Hand

Google has put out some pretty big Pixel phones. The Pixel 6 Pro, for example, has a massive 6.7-inch display. To make it easier to reach things with one hand, Google has included a handy gesture.

The “One-Handed Mode” settings allow you to swipe down on the bottom edge of the screen to do one of two things. You can choose to move the entire screen contents closer to the bottom of the screen or show the notifications.

RELATED: How to Use One-Handed Mode on Android

Temporary Get a Break From Notifications

Notifications are nice to have sometimes, but they can also be a big distraction. “Focus Mode” is a feature that allows you to block those particularly annoying notifications for a temporary period of time.

Focus Mode is pretty simple. First, you select the apps that you don’t want to be bothered by. Then you can create a schedule for Focus Mode to run during or turn it on and off manually whenever you need a break from distractions.

RELATED: How to Use Focus Mode on Android

Use Shortcuts to Jump Inside Apps

The Pixel home screen is a place for tons of personalization. It’s also where you probably keep your most-used apps. Many of those apps probably have shortcuts you don’t know about.

Simply tap and hold on an app icon on the home screen and you’ll see some shortcuts to specific sections inside of the app. For example, you can jump straight to a Spotify playlist. These shortcuts can also be added directly to the home screen.

A voice recorder app probably doesn’t seem that exciting. However, Pixel phones have access to an exclusive recorder app that is pretty great.

Google’s simply named “Recorder” app has three features that make it special. For starters, recordings are automatically transcribed into text and can be searched. Recordings can be saved to the cloud and accessed in a browser. Lastly, it’s easy to share visuals of your recordings.

RELATED: How to Share Audio Recordings from Google Recorder

Mute Calls by Flipping Your Phone

You may not be able slam your phone down to hang up a call anymore, but you can at least flip it over to silence calls. Pixel phones call this “Flip to Shhh” and it’s a little more featureful than on other Android devices.

On non-Pixel phones, you can flip the phone on its face to mute incoming calls. However, on a Pixel phone it not only mutes the call but can also enable “Do Not Disturb” mode. It’s a pretty handy gesture to know.

RELATED: How to Mute Calls By Flipping Your Android Phone

Your Pixel phone has a number of security methods you can use—fingerprint, face unlock, PIN, pattern, and password. Some of those methods are more secure than others. Face unlock in particular is easy to fool.

“Lockdown” is a mode that disables those less-secure security methods. Fingerprint, face unlock, and Smart Lock are all disabled. This can be turned on quickly whenever you need an extra layer of security.

RELATED: How to Use “Lockdown Mode” on Android

Captions for Any Audio or Video

Pixel phones have a super handy feature called “Live Caption.” It displays captions on the screen any time there is audio playing—whether that audio is from a video or music. It even works with phone calls.

Live Caption is great for the hearing impaired or people who prefer to keep their phone’s volume off. Since the captions are automatically generated, they may not always be accurate. However, it works surprisingly well.

RELATED: How to Use Live Captions on a Google Pixel Phone

Turn On “Do Not Disturb” While Driving

Checking your phone while driving is incredibly dangerous. The best way to prevent yourself from doing it is to remove the temptation altogether. Pixel phones can automatically switch into “Do Not Disturb” when you’re driving.

In order for this to work, you’ll need to have “Do Not Disturb” set up. After that, it’s a simple matter of enabling the option and your phone will detect when you’re driving. It works effortlessly and you’ll be a lot safer on the road.

RELATED: How to Turn On “Do Not Disturb” While Driving on Google Pixel

Some people simply ignore any call from a number they don’t know, but if you’re not like that, the Pixel’s Call Screen feature is a must-use. Call Screen enables Google Assistant to do the work for you.

When you tap “Screen Call” instead of answering the call, Google Assistant will ask the caller to identify themselves. You can watch this unfold as its transcribed to text and decide if you want to answer or hang up.

Adjust Lighting After Taking a Photo

Lighting can make or break a photo, especially a selfie. Pixel phones have exclusive access to a feature in Google Photos call “Portrait Light.” It can fix those badly lit selfies.

This feature is specifically for photos of people, and won’t appear as an option for images of pets or anything else. It allows you to literally drag the light source around and put it where you want.

RELATED: How to Adjust Photo Lighting with Google Photos on Pixel

Google goes for quality over quantity when it comes to features on Pixel phones. Hopefully, we’ve helped you discover some cool things you didn’t know about. There are a lot of great Android phones out there, but the Pixel offers something special.