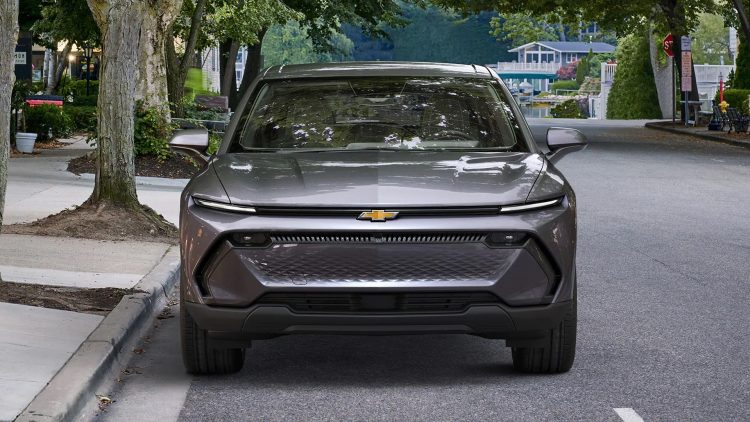 Electric vehicle buyers will have plenty to choose from over the next few years, with 100+ EV models hitting showroom floors. New cars and trucks are coming in all shapes, sizes, and price points, and here are some of the most affordable electric vehicles coming in 2023.

It’s important to note that “affordable” is relative, and what’s affordable to one person isn’t the same for another. That said, when most electric vehicles cost upwards of $65,000, and trucks like the Rivian R1T easily cost over $80k or more, something around $40k is pretty affordable.

While the list below certainly isn’t every electric vehicle coming in 2023, it’ll give you a good idea of the options available over the next 12-18 months here in North America. We’ve gathered a list of all-electric cars, trucks, and SUVs coming in 2023 that you might actually be able to afford.

There are a lot of electric vehicles on the way. Our list will go in no particular order, and we’re starting with the Hyundai IONIQ 6 EV. Over the summer, Hyundai started teasing the all-new electric IONIQ 6 sedan, then officially unveiled the stylish and futuristic new vehicle in July. And while it’ll hit the European market before the end of the year, it’s not coming to the U.S. until 2023.

This car certainly has a unique look that won’t be for everyone, but you might think otherwise once you see the specs and price tag. The Hyundai IONIQ 6 is the brand’s second electric car, has a unique “streamliner” styling, yet will offer some of the best range in its class, reaching nearly 382 miles on a charge with the bigger Long Range 77.4 kWh battery.

It uses Hyundai’s 800V E-GMP platform, which also powers EVs from Kia and Genesis, and the most affordable model should offer around 280 miles per charge and retail for an estimated $44,000. The company has yet to confirm pricing, but Hyundai is often more affordable than much of the competition.

Chevrolet has big plans for its highly popular Equinox and Blazer vehicles as they switch to electric. The cheaper of the two, the Chevy Equinox, has a futuristic design and fancy interior, along with a few traditional crossover design elements. The base model should offer around 250 miles on a charge. While Chevrolet will have several trims available, the LT1 should start around $30,000, making it one of the most affordable EVs, not counting federal tax incentives.

However, we expect the more expensive RS2 trim to hit the streets first, so keep that in mind when it debuts around the summer or fall of 2023. Either way, Chevy is betting big on the Equinox EV, and we’ll be learning more next year.

Then, Chevrolet will also release its exciting new Blazer EV in 2023. The Chevy Blazer EV will come with three different battery sizes offering a range of between 247 miles and 320 miles per charge. You can choose from front, rear, or AWD, enjoy a 17-inch infotainment display and an 11-inch gauge cluster screen, and get between 250-320 miles on a charge.

Jeep debuted its first all-electric vehicle in September and will be available sometime in 2023. The new electrified Jeep Avenger SUV is a compact yet capable vehicle, even if it’s only front-wheel drive, and should offer around 249 miles on a single charge.

According to Jeep, the Avenger will have much to offer in a small package. It’ll run on a 400 Volt electric powertrain system, and those using a 100kW DC fast charger will see 20-80% charge in under 25 minutes. It’s a rugged SUV that slots in under the Jeep Renegade.

According to GM, the Silverado EV was “designed from the ground up to drive circles around the competition,” and it’ll need to do exactly that, considering the head start Ford got with its F-150 Lightning electric truck.

The Chevrolet Silverado EV is the next big electric truck release, and it’ll be a big deal for GM. The company claims it’ll drive 400 miles per charge depending on the trim, have 4-wheel steering, bi-directional charging, tow upwards of 20,000 lbs, and much more.

The Silverado EV made its formal debut earlier this year, but it won’t hit the streets until sometime in the spring of 2023. Unfortunately, the first model that’ll arrive will cost over $100,000, but we’re expecting a more affordable base Chevy Silverado EV to start at $40k by the summer or fall of 2023.

Even if we see price hikes and more expensive trims starting at $50k, that’s still $30,000 less than the Rivian R1T electric truck.

The KIA EV9 is expected to be a stylish yet affordable 3-row electric SUV arriving in 2023. And while the photo above is a teaser image of the concept unveiled in 2021, be prepared for a more traditional-looking vehicle similar to the gas-powered KIA Telluride SUV.

While we’ve seen some spy shots of the KIA EV9, we still don’t know much. The company hopes to release the first full-sized three-row SUV EV for those on a budget. Unfortunately, we don’t have specs, an estimated range, or a price tag. That said, it’s clear that KIA wants to offer a compelling vehicle for the masses and is reportedly aiming for a $55,000 price point. However, don’t be surprised if early models or higher trims exceed $70k.

The Nissan Ariya is sold out for the current year, and reservations are closed. Most people won’t get a chance to buy one until 2023, which is why it made our list. The base model features an 87kWh battery, an estimated 300 miles on a single charge, a stylish interior with fancy tech, and will probably stay north of $50k next year.

The Subaru Solterra and Toyota bZ4X share a similar overall design, and they’re both technically available to buy right now. That said, inventory is extremely limited, and the Subaru Solterra will be hard to find until 2023.

The highly-anticipated 2023 Solterra starts at $44,995 and comes in three trim levels: Premium, Limited, and Touring. The Solterra comes standard with 8.3 inches of ground clearance, Subaru’s upgraded AWD system, stylish good looks, and a 71.4 kWh battery capable of delivering nearly 329 miles per charge. Remember that the more expensive AWD model only gets about 286 miles per charge.

Still, the Subaru Solterra is an excellent compact EV that you’ll want to keep an eye out for throughout 2023.

Another solid option for EV buyers is the new 2023 KIA Niro EV, which comes as an all-electric vehicle, or a plug-in hybrid variant. The second-generation Kia Niro EV has a base price of $40,745 (with destination charges), which is only a few hundred bucks more than the original. Unfortunately, this new model doesn’t qualify for the federal EV tax credit, but it’s still affordable.

Like the EV6, the KIA Niro is an excellent all-around package that’ll get you an EPA-estimated 253 miles of range. And while that’s not a ton, it’s also not the most expensive EV on the market. It gets power from a 201-hp electric front-wheel drive motor, and each trim level has the same battery size. It’ll be available near the end of 2022 in all 50 states, meaning you should look for one in early 2023.

While you can already find Volkswagen’s ID.4 electric car on the roads, the company has a new and improved US-built model that’s more affordable coming in 2023. Over the summer, VW started manufacturing its all-electric crossover in Chattanooga, Tennessee, and it will start at $37,495.

The US-built ID.4 has a slightly smaller battery to keep the price down, but the company managed to upgrade the interior, wheels, and center console at the same time. It also has faster 170 kW DC fast charging, and its 62 kWh battery pack should get around 208 miles per charge.

The new ID.4 is eligible for the $7,500 federal EV tax credit thanks to VW moving production stateside. Combine that with the low price; some could get this impressive crossover for only $29,995 before destination fees. That’s much more affordable than the original’s $41,000 price tag. This latest model barely started shipping in October and will be widely available in early 2023.

Last but not least, we wanted to mention the Chevrolet Bolt EV and the Nissan Leaf. And while both of these vehicles recently received some changes in 2022 and for the 2023 model year, they’ll remain the most affordable electric cars moving forward.

While technically, you can buy the 2023 Chevy Bolt EV and Nissan Leaf right now, inventory is still somewhat low due to these being hands-down the most affordable electric cars stateside. With incentives, the Leaf could run you around $21,000.

The all-new electric 2023 Chevrolet Bolt EV starts at just $25,600 and gets around 260 miles per charge. It’s a budget-friendly electric car you’ll want to certainly consider as you shop around.

While I wanted to keep this list to all-electric vehicles, there are several plug-in hybrid electric vehicles that’ll also come in at relatively affordable price points. We’re talking about the Kia Sorento PHEV, the little Dodge Hornet R/T hybrid, and several others.

With a plug-in hybrid, you’ll have a fully electric vehicle that only gets around 20-70 miles per charge and a gas-powered engine to fall back on. And while they’re not “all-electric,” it’s a good way for first-time buyers to test the electric waters.

Either way, car buyers will have more options than ever before throughout 2023.