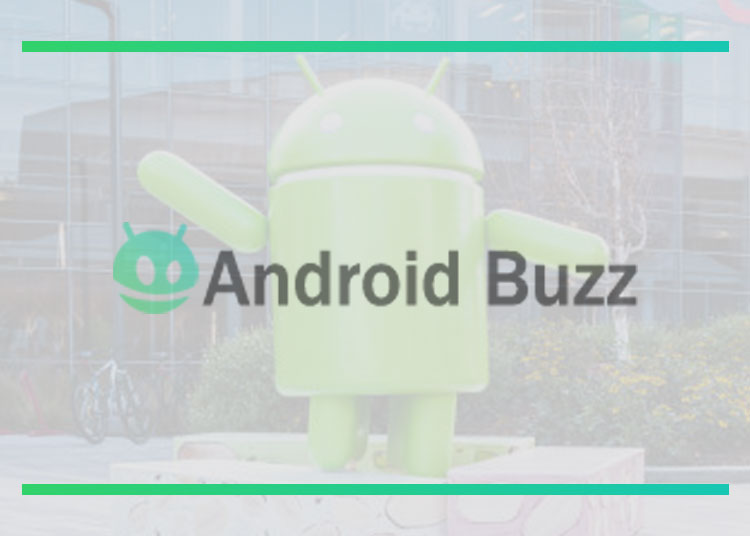 Mark Finchem, the Republican candidate seeking to oversee Arizona’s election system as that state’s secretary of state, made a last-minute fundraising pitch on Wednesday using one of his favorite talking points: the looming threat of voter fraud.

Finchem falsely argued on Facebook and Twitter that his Democratic opponent, Adrian Fontes, is a member of the Chinese Communist Party and a “Cartel criminal” who has “rigged elections before.”

It wasn’t the first time Finchem spread unfounded election-rigging conspiracy theories on social media. In September, Finchem misleadingly posted that Fontes was being “bankrolled” by billionaire George Soros and former New York Mayor Mike Bloomberg and they want to “RIG our elections & our voter rolls.”

For years, Facebook and Twitter have pledged to fight falsehoods that could confuse users about America’s electoral system by tagging questionable posts with accurate information about voting and removing rule-breaking misinformation. But this electoral cycle, at least 26 candidates have posted inaccurate election claims since April, but the platforms have done virtually nothing to refute them, according to a Washington Post review of the companies’ misinformation labeling practices.

That’s in contrast to the 2020 election cycle, when Facebook and Twitter collectively added labels to scores of election-related posts from Donald Trump that pointed readers to authoritative information about the electoral process or alerted readers that the information was misleading. Facebook labeled at least 506 Trump posts between Jan. 1, 2020, and Jan. 6, 2021, according to a study from the left-leaning Media Matters for America, and Twitter also added labels to Trump’s tweets questioning the validity of the election or voting process.

But such labels have been nonexistent this election cycle, the Post review showed, when hundreds of congressional seats as well as thousands of state and local positions are being decided.

In August, Facebook said it had received feedback from users that its labels promoting reliable information were so overused that the company had decided if they did use labels it would be in a more “targeted and strategic way.” Late last year, Twitter started experimenting with newly designed misinformation labels that the company says led to decreases in replies, retweets and likes of falsehoods and an increase in people clicking through to the debunking content.

Finchem is not the only GOP candidate to argue on social media that next week’s midterm elections are already or could be rigged. Sandy Smith, the GOP nominee for a competitive U.S. House seat in northeastern North Carolina, responded to a state supreme court ruling on election rules with a Facebook post saying “Cheaters are going to cheat. If lefties aren’t cheating, they ain’t trying.” Tudor Dixon, the Republican nominee for Michigan governor, said her opponent’s “election tampering operation is mobilizing as we speak” on Twitter in April. Neither of those posts received a label.

The Post reviewed thousands of social media posts on Twitter, Facebook and other, smaller platforms from nearly 300 GOP elected officials and candidates to evaluate how they have been portraying the upcoming vote over the past six months and the platforms’ reaction to that.The Post’s review relied on a previous Post analysis from October that examined every Republican running for House, Senate or key statewide offices to see whether they had challenged or refused to accept the results of the 2020 election.

That review found 17 candidates claiming that the 2022 election will be rigged or that aspects of the voting system are rigged, fraudulent or corrupt. Those claims were made in 40 posts on Facebook and Twitter. Those posts were left unchallenged by the social media companies, with no labeling from Facebook and Twitter, the review found.

The Post’s analysis also found that 18 election-denying GOP candidates recently claimed the 2020 election was rigged or that President Biden is illegitimate at least 52 times on these platforms. Those posts too went unchallenged by the social media companies, the review found.

That’s far different from 2020 and 2021, when the platforms regularly put labels on posts to alert readers that the content might be misleading or pointing users to accurate information about the voting process.

Twitter has acknowledged ramping down its enforcement of its policies barring lies about the outcome of an election between March 2021 and August 2022, and it has said it activates its civic integrity policy around 90 days out before Election Day. In recent days, Twitter has rolled out more widely a labeling tool run by its users, not its staff.

But it remains an open question how Elon Musk’s new ownership of Twitter will affect that. Musk once promised to loosen content moderation practices and reinstate former president Donald Trump’s account and it’s uncertain how the site will police election rigging claims in the wake of the massive layoff of Twitter personnel that happened Friday.

Earlier in the week, Musk promised civil rights groups and other activists that Twitter would continue implementing its current election integrity practices until the midterms were over. But there are signs that Musk also might be willing to intervene in Twitter’s decisions regarding sanctions to individual candidates.

After The Post asked Twitter about some of Finchem’s election-fraud related tweets, the social media giant appeared to have restricted his ability to post, according to his comments on Twitter. On Monday evening, Musk responded to a Newsmax contributor’s tweet about the restrictions by saying he was “looking into it.” Later that evening, Finchem was tweeting again and thanking Musk “for stopping the commie who suspended me from Twitter a week before the election.”

In a statement, Andy Stone, a spokesman for Facebook’s parent company Meta, did not address directly Facebook’s policy of placing labels on posts with misleading election information. He said many of the posts that The Post asked about were “examples of standard political content like candidates promoting their campaign websites, posing questions in congressional hearings or reacting to court decisions.” He also criticized The Post for reviewing only misinformation communicated by text.

“Experts have identified video as a prime vector for problematic election content, yet the Washington Post intentionally excluded YouTube and TikTok from its review,” he said in the statement.

Under the company’s rules, Facebook doesn’t prohibit posts that allege widespread voter fraud, in contrast to Twitter, which bans false claims that could “undermine public confidence in an election” including lies about the outcome of the 2020 presidential election.

Both companies ban distortions about how, when or where to vote — which it considers a form of voter suppression. Both companies also promote accurate facts about the election in information hubs on their social networks. Facebook, for instance, has a voting information center that promotes links to government websites instructing users about how to register to vote. Twitter launched hubs promoting real-time election information from state election officials and news outlets.

Misinformation experts say, however, there’s only so much the platforms can do with so many Republican candidate pushing misinformation about the last election. “In reality, this is a problem being caused by political elites,” said Joshua Tucker, a professor at New York University.

The Post’s review showed the problem of misleading information is deep. In Michigan, Kristina Karamo, the Republican nominee for Michigan secretary of state, has accused the state’s chief election administrator Jocelyn Benson on Facebook of refusing to remove thousands of dead voters from Michigan’s voter rolls.

Kim Crockett, the Republican nominee for Minnesota’s secretary of state, posted to Facebook and Twitter in September that her opponent’s opposition to voter ID rules “is that voter fraud has become part of his electoral strategy.” (Neither she nor Karamo responded to The Post’s requests for comment.)

Finchem, for his part, has focused on Arizona’s participation in ERIC — a voter database meant to remove voters who’ve moved out of state. Finchem wrote, “Our voter rolls are still corrupted by the Soros-backed ERIC system” on Twitter in September. (Fact-checkers at PolitiFact have said that there is no link between ERIC and Soros.)

In total, The Post’s review found 82 posts on Twitter and Facebook from 28 candidates calling attention to granular election administration issues. None had a label.

NYU’s Tucker said he sympathizes with the platforms over the complexity of their decisions on when to flag a statement. “When somebody says I’m quite concerned about the possibility of fraud in this election, that’s not a false statement,” Tucker said. “It’s hard to say that is something that should be taken down. Yet the problem is the cumulative effect of people saying that again and again.”

And the denials of the result of the 2020 election remain rampant.

The Post’s review found 190 posts on Facebook and Twitter from 47 candidates citing Dinesh D’Souza’s “2000 Mules” film, which claims to show so-called “mules” turning in absentee ballots for nonfamily members in violation of state rules, implying that this should invalidate Biden’s election. There’s little evidence that was true, but at the time the film was released last spring, Twitter had stopped enforcing its policies against election denial.

Mark Alford, the Republican candidate for U.S. Congress in Missouri, posted in a Facebook invitation to a watch party at his campaign office that the film “exposes widespread, coordinated voter fraud in the 2020 election, sufficient to change the overall outcome,” a claim that is false. No label was applied.

“Should they be moderating all posts that mention the movie? That’s a bridge too far,” said Shannon McGregor, a communications professor at the University of North Carolina. “But, at least labeling them would be a step in the right direction.”

The review also found that the phrase “election integrity” has become a popular, if vague, buzzword among others, showing up in hundreds of posts from at least 80 candidates.

For instance, John Moolenaar (R), a Michigan congressman seeking reelection, includes it in a laundry list of campaign promises alongside “the right to life, the Second Amendment,” and keeping taxes low in a July Facebook post. Burt Jones, the Republican nominee for lieutenant governor of Georgia, also promised to “restore election integrity” alongside strengthening public safety, improving education and eliminating the state’s income tax in a May post before his primary.

McGregor says this is a “marker of identity” and it “allows voters who are primed to think about election denial to hear what they want to hear without alienating more moderate voters.”