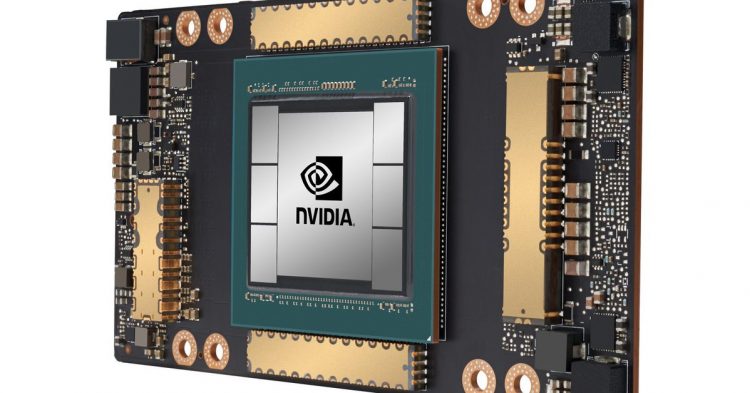 Nvidia has released a cut-down version of its high-end A100 GPU as a way to get around restrictions the US government recently imposed to limit how companies can sell AI training equipment to countries like China and Russia. The card, known as the A800, should have the same massive computing capabilities as the original but can only communicate with other cards in a computing cluster at 400 gigabytes per second instead of 600Gbps. According to The Wall Street Journal, that means the A800 should be just as good for simple tasks but will be significantly less effective when it’s part of something like a supercomputer.

An unnamed Nvidia spokesperson told Reuters that the card is an “alternative product to the Nvidia A100 GPU for customers in China” that “meets the U.S. Government’s clear test for reduced export control and cannot be programmed to exceed it.” While the exact specifications the US tests against aren’t public, the WSJ does say they involve interconnect speeds, as well as “other performance thresholds.”

Nvidia’s note about not being able to be programmed to exceed the limits is important. Back when GPUs were in short supply, the company announced that its new cards would have limiters that couldn’t be hacked, supposedly making the cards less desirable for crypto mining. Famously, it wasn’t long before people were able to get around those limiters.

The US has been putting heavy limits on what types of chips American companies can sell to China. In October, the Biden administration announced new restrictions on what kind of chips and chip manufacturing equipment could be sold to the country, requiring manufacturers to obtain an export license. In September, Nvidia and AMD both warned investors that their businesses may be impacted by new restrictions on exporting their top-tier products.

The government has said the limits are an attempt to limit China’s technical and military capabilities. Some technologists, like former Google CEO Eric Schmidt, have warned that the US isn’t capable of keeping up, though other researchers have pushed back against the arms race framing. It is possible, however, that chips like the A100 could be used for military or other nefarious purposes. As my colleague James Vincent pointed out, they could be used to create “automated targeting systems for drones or the facial recognition systems China uses to surveil its population.”

Whether or not the A800’s slower interlink speeds will be enough to hinder or meaningfully slow down that work, it does seem like Nvidia thinks it’s enough to meet the government’s requirements. For the company, at least, that’s good news — it estimated that the restrictions could affect up to $400 million in quarterly sales “if customers do not want to purchase the Company’s alternative product offerings or if the [US Government] does not grant licenses in a timely manner.”

How Animated Explainer Videos Can Help Your Business Grow