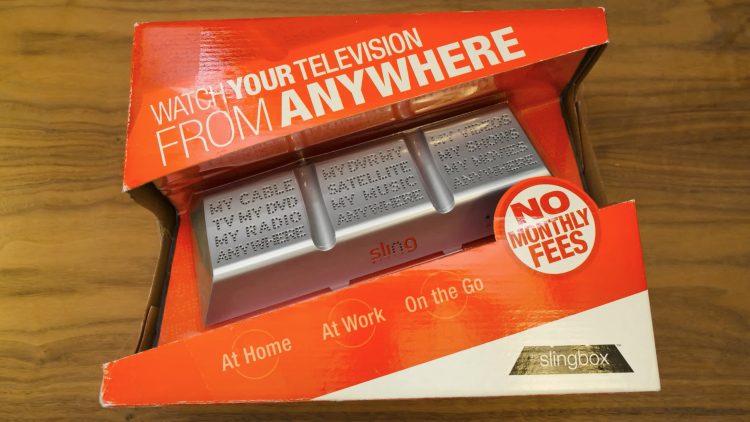 Goodbye old friend: The grandfather to modern television streaming, Slingbox, is about to go off life support. On Wednesday, November 9, the cloud-based content provider will end server support, effectively ending all device functionality. The service is a ripe old 17-years-old, which by contemporary technology standards is at least a couple of lifetimes. The news wasn’t a surprise, but the due date did sneak up on us.

Slingbox went into hospice two years ago when Sling Media announced it was sunsetting the device. Modern streaming services require no external hardware other than your PC, laptop, video gaming console, smart TV, tablet, or phone. So the decision to let Slingbox pass away peacefully amounted to a lack of demand and an end to legal challenges.

Slingbox was technically ahead of its time. When it launched in 2005, less than half of all homes in the US had the broadband service required to run the device. Cable internet didn’t become widely popular until after 2007. If you had a Slingbox in 2005, you likely viewed it as some sort of sorcery, even though you might not have been willing to admit it.

It was founding partners Blake and Jason Krikorian’s passion for San Francisco Giants baseball that led to the invention of Slingbox. In those days, the brothers owned a consulting firm and traveled extensively away from their home in San Francisco. They became frustrated when they could not watch Giants games out of town due to network agreements that blacked them out in other cities.

Digital video recorders like TiVo already existed, but they wanted a platform for watching baseball live no matter where they were. So the brothers invented a box that could sling content from their home cable provider to wherever they were, hence the name Slingbox.

Networks and sports teams raised much fuss over the tech, deeming it illegal but not having much of a leg to stand on in the courts. Broadcasters cried foul on retransmission agreements, but the Krikorians never signed any as other networks had.

What was it like to unbox a 17-year-old original Slingbox?

With the arrival of 3G cell service, smartphones became a viable way to watch TV away from home. However, AT&T did not like this and successfully blocked the service from its customers’ accounts.

Despite the adverse corporate nonsense, the Slingbox became widely used. It sold well enough that Dish bought Sling Media for $380 million in 2007, just two years after the first box hit the market. Adjusted for inflation, that’s $543,966,201 in today’s economy.

If you still have an old (or newer) working Slingbox, why not hook it up and say goodbye as you watch the server signal finally give out? Don’t worry if you are a Sling TV subscriber. Sling TV is an entirely different service and will remain unaffected.