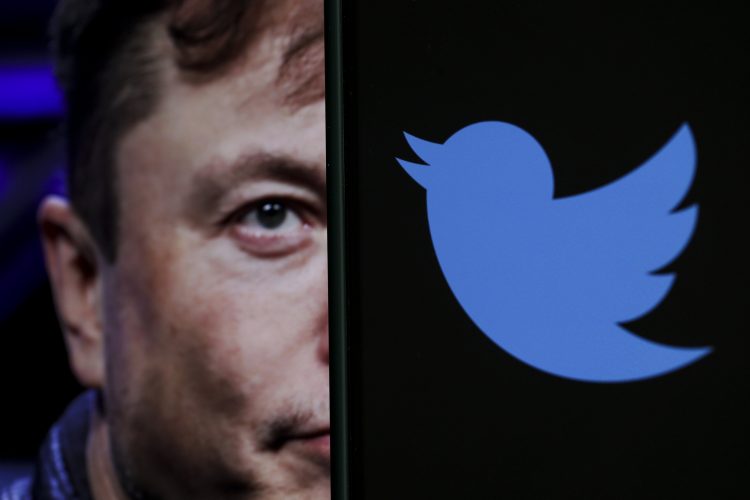 Today may have been the most chaotic and concerning at Twitter so far.

In the course of a day, Elon Musk talked about removing the legacy blue checkmark, demanded that everyone work at least forty hours per week in the office, lost two key executives, and floated the idea that the company could be bankrupt as soon as next year. Let’s get into it.

The old blue checkmark could die

The first big story that came out of what seems like a neverending saga for Twitter is that Elon Musk, who just launched the new version of Twitter Blue which includes a blue checkmark, may get rid of the original blue checkmark entirely.

Musk took to Twitter (of course) to claim that many legacy blue checkmarks were “corrupt.” Musk’s solution to that apparent issue will be to remove all legacy verification “in [the] coming months.”

Far too many corrupt legacy Blue “verification” checkmarks exist, so no choice but to remove legacy Blue in coming months

Removing legacy verification will essentially remove all of the verification work that the company has done over the years and, for anyone who has not subscribed to the new Twitter Blue, will cause them to lose their verification on the platform entirely.

With a ton of impersonators creating fake accounts already since they can buy verification, it’ll be interesting to see what happens when the legacy verified people and entities on the platform lose their current verification.

Another big story from today was the loss of two key executives at the company. Yoel Roth, Twitter’s head of trust and safety, and Robin Wheeler, the head of ad sales, have both resigned today.

Robin Wheeler, VP of US client solutions, is out as well, per sources.

The departure of those two executives are concerning as both of them were the ones who had just held a Q&A call with Elon Musk on Wednesday, November 9, to try and assure users and advertisers that the platform and company were stable and a good place for companies to partner for ads.

On the call, Musk had tried to argue for the new version of Twitter Blue that gave anyone a blue checkmark. The CEO said that, by tracking the person’s credit or debit card and the cell phone attached to the paid account, they would be able to get most of the bad actors off of the platform. Just hours later, a number of verified accounts popped up impersonating people and companies like Nintendo, Lebron James, and Joe Biden.

Yoel and Wheeler are only the latest in a number of executives who have either resigned or been fired from the company. At this point, it’s starting to get difficult to think of who is left.

Okay, this is the last big thing from today (as of the writing of this article, anyway). Musk also sent his first email to what remains of Twitter’s employees today. The email, which was obtained by The Verge, said that the financial situation the company is facing is “dire” and that, if Twitter Blue is not successful, “there is a good chance Twitter will not survive the upcoming economic downturn.”

The CEO also announced that, starting on Friday, November 11, employees would no longer be allowed to work remote without his specific say. This is a change from Twitter’s previous policy which allowed employees to work remote, in the office, or a hybrid of both.

You can read the entire email that was sent to Twitter employees below:

Sorry that this is my first email to the whole company, but there is no way to sugarcoat the message.

Frankly, the economic picture ahead is dire, especially for a company like ours that is so dependent on advertising in a challenging economic climate. Moreover, 70% of our advertising is brand, rather than specific performance, which makes us doubly vulnerable!

That is why the priority over the past ten days has been to develop and launch Twitter Blue Verified subscriptions (huge props to the team!). Without significant subscription revenue, there is a good chance Twitter will not survive the upcoming economic downturn. We need roughly half of our revenue to be subscription.

Of course, we will still then be significantly reliant on advertising, so I am spending time with our sales & partnerships teams to ensure that Twitter continues to be appealing to advertisers.

The road ahead is arduous and will require intense work to succeed. We are also changing Twitter policy such that remote work is no longer allowed, unless you have a specific exception. Managers will send the exceptions lists to me for review an approval.

Starting tomorrow (Thursday), everyone is required to be in the office for a minimum of 40 hours per week. Obviously, if you are physically unable to travel to an office or have a critical personal obligation, then your absence is understandable.

I look forward to working with you to take Twitter to a whole new level. The potential is truly incredible!

Elon Musk really isn’t sugarcoating anything about the state of the company.

In an emergency all-hands meeting held on Thursday, as reported by Yahoo! Finance, the new owner of Twitter told employees just how dire the financial situation for the company was. During a Q&A session where an employee asked about the current run rate (how much money the company was bleeding), Musk said that it was bad enough that he couldn’t rule out that Twitter could go bankrupt by as soon as next year.

It appears that Elon really wants to take Instagram’s approach to advertising, which throws random product from random brands in your face — and bring that to Twitter.

The craziest thing about this is that all of this happened on a Thursday. We still have one work day left in the week, so we’ll have to see what happens with Musk and Twitter tomorrow.

We’ll update this article if anything else happens today since, as you read above, there’s pretty much a 50/50 chance that’ll be the case.

Inside Google’s Halloween Doodle, inspired by Splatoon and LoL