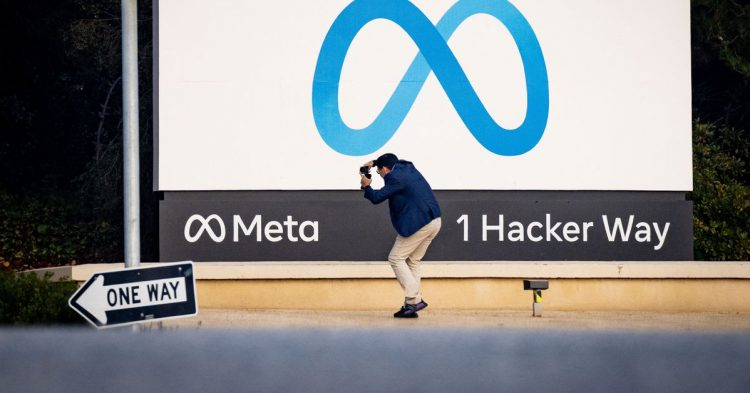 In a call with workers at Meta on Wednesday, founder and CEO Mark Zuckerberg told employees, “You’ve really put your heart and soul into this place,” before laying off roughly 11,000 people. Meta is joined by a number of other tech companies doing massive layoffs this year, and the trend serves as a stark reminder that your company, no matter how much you give, won’t always love you back.

The layoffs in Silicon Valley come after a decades-long trend at tech companies to “live and breathe” your job and make it part of your identity. A decade ago, Uber gloated that its workers “Always be hustling,” while WeWork espoused “Rise and grind.” These companies touted their rock walls, laundry services, and exclusive chefs to show management’s largesse. But really, many of these perks could also be interpreted as just ways to keep people in the building past their normal working hours.

Tech companies in some ways have filled other voids in some workers’ lives that once might have been filled by community or church, according to Simone Stolzoff, author of the upcoming book The Good Enough Job: Reclaiming Life From Work.

“There’s this rhetoric around work where companies are telling employees that they can come here and do the best work of their lives, that they can change the world,” Stolzoff said. “There is this sort of religion that’s created around these different companies and their mission.”

With the Great Resignation and the more widespread acceptance of concepts like work-life balance, such corporateering has become passé, but that doesn’t mean the sentiment has died. Although people can get a lot of satisfaction out of their job, it can also be like a bad one-sided relationship — one that hurts employees who put their heart in the wrong place.

“We need to stop building and putting so much trust in companies,” Brooks E. Scott, executive coach and CEO of Merging Path, told Recode. He encourages employees to keep their resumes updated and continue to develop professional relationships in and outside their jobs, even when they’re not looking for a new one. Losing a job can be crushing, but it shouldn’t be a surprise.

“At the end of the day, a company is a business, as much as they say that people are first,” Scott said.

There have been about 118,000 tech layoffs this year, as economic headwinds like high interest rates and low ad spending jar the industry, according to company downsizing tracker Layoffs.fyi. While that’s not enough to seriously dent the millions of US tech jobs out there, it’s an unwelcome occurrence to tech workers who have gotten used to more than a decade of relative stability.

The Meta layoffs, which affect about 13 percent of the company’s 87,000 employees, will be concentrated in recruiting and business (the company wasn’t more specific), Zuckerberg said in a memo accompanying the layoffs. Large-scale downsizing in Silicon Valley actually started earlier this year with layoffs at companies like Snap, Netflix, and Microsoft. Business software giant Salesforce laid off hundreds of workers this week, and payment processor Stripe laid off more than 1,000 last week.

Then, of course, there were the massive layoffs at Twitter last week, where the platform’s new owner, Elon Musk, gave a master class in how not to lay people off. In the dead of night, Musk fired about half the company, many of whom found out they were getting let go after not being able to access their email. The layoffs were so haphazard, some people were apparently fired by mistake and have since received offers to return to the jobs they so recently had. As of the beginning of this week, those who remain still don’t know who’s left at the company or who they report to.

From an HR perspective, the execution of Meta’s layoffs were nothing like Twitter’s. Zuckerberg said all the right things. Like a number of other executives recently, he took accountability for the layoffs, saying he mistakenly thought the move of people and commerce online would be more permanent, and he grew headcount too fast. Zuckerberg listed the other cost-cutting measures the company had tried (the company got rid of its free laundry service and some other perks this spring) and the larger economic context in which the layoffs are happening. He was clear about what outgoing employees would receive, including a generous severance package with at least 16 weeks of pay and six months of health insurance.

However, it’s important to remember that Meta didn’t have to hire as many people as it did, nor did Zuckerberg have to pour so many billions into bets like the metaverse, which he’s claiming is the future of the internet but so far seems a lot like the present. In other words, Meta didn’t have to lay people off. The company is still wildly profitable and, as Recode’s Shirin Ghaffary wrote in September, can afford to make payroll even in an economic downturn. Instead, Meta is choosing not to.

Meta and other Silicon Valley companies are using the economic circumstances to trim fat and make remaining staff work harder. Meta wants to get back to a leaner startup mindset to appease shareholders and raise its dwindling stock price. It’s working, too: The stock is up 20 percent from last week, according to data from financial platform Sentieo.

That’s little consolation to those who just lost their livelihoods, which can be an especially difficult blow. Having a transactional mindset about work — that it is something you do in exchange for pay — can help put things into perspective, and so can finding meaning outside of work, said Stolzoff.

“Try and see this as an opportunity, while you’re searching for other jobs, to also invest in other sources of identity and self-worth that no employer or job market has the power to take away from you,” he said.