by S. Publisher
in Apps, Games 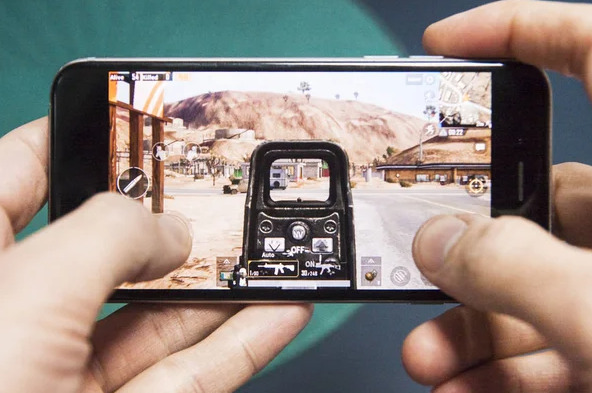 Offline games are a great way to have fun and pass the time without the need for an active internet connection. These games can be played anywhere, at any time, and offer a wide range of gameplay experiences. In this article, we will explore some of the best offline games for Android, organized into the following five categories:

If you’re looking for fast-paced, thrilling gameplay, then action and adventure games are the way to go. Some popular offline options in this category include:

Shadow Fight 3: This fighting game lets you customize your own fighter and battle against a variety of enemies in a quest to uncover the truth behind a mysterious organization.

Tomb Raider: Shadow of the Tomb Raider: In this action-packed game, players control Lara Croft as she travels through exotic locations and battles enemies in her quest to uncover ancient artifacts.

Grand Theft Auto: San Andreas: This classic open-world game puts players in the shoes of Carl Johnson as he navigates the criminal underworld of San Andreas.

If you prefer more cerebral gameplay, there are plenty of offline puzzle and strategy games available for Android. Some popular options include:

Monument Valley: In this beautiful puzzle game, players must manipulate the environment to guide a character through a series of interconnected levels.

The Room: This puzzle game tasks players with solving a series of intricate mechanical puzzles in order to uncover the secrets of a mysterious object.

Chess: This classic board game has been enjoyed by players for centuries and is available offline for Android.

For players who enjoy fast-paced action and competition, there are plenty of offline racing and sports games available for Android. Some popular options include:

NBA 2K20: This realistic basketball simulation game lets players take control of their favorite teams and compete against others in single-player or multiplayer modes.

PES 2021: This soccer simulation game allows players to take control of their favorite teams and compete against others in real matches.

Role-playing games (RPGs) offer players the chance to explore immersive worlds and make meaningful choices that shape the direction of the game. Some popular offline RPGs for Android include:

Final Fantasy XV Pocket Edition: This mobile version of the popular console RPG lets players explore the world of Eos and battle enemies as they progress through the story.

The Witcher: Monster Slayer: This ARPG puts players in the shoes of a Witcher as they explore the world and hunt down a variety of monsters.

Chrono Trigger: This classic RPG lets players control a group of heroes as they travel through time and battle against a variety of foes.

For players looking for something more lighthearted and casual, there are plenty of offline arcades and casual games available for Android. Some popular options include:

Temple Run: In this fast-paced action game, players must navigate through a series of obstacles and collect coins as

Q.1 What are offline games?

Q.2 How do I download offline games for Android?

A. There are a few different ways to download offline games for Android:

Google Play Store: The Google Play Store is the primary app store for Android devices, and it offers a wide range of offline games that can be downloaded and played on your device. To download a game from the Play Store, open the app, search for the game you want, and tap the “Install” button.

APK files: APK (Android Package Kit) files are a type of package file used to install apps on Android devices. Some offline games may be available as APK files, which can be downloaded and installed on your device using a file manager app.

Other app stores: In addition to the Google Play Store, there are a number of other app stores that offer offline games for Android. These app stores can be accessed from your device’s web browser and often offer a wider range of games than the Play Store.

Q.3 Are all offline games free?

A. Not all offline games for Android are free, but there are many great options that are available at no cost. Some free offline games may include in-app purchases or ads to generate revenue, while others may be completely free to play with no additional costs.

Q.4 Can offline games be played on multiple devices?

A. It depends on the game and how it is saved. Some offline games may allow players to save their progress to the cloud, allowing them to pick up where they left off on other devices. Others may save progress locally, which means it can only be accessed on the device it was played on.

Q.5 Are offline games as good as online games?

A. Offline games can be just as enjoyable as online games, but they may not offer the same level of social interaction or online multiplayer features. However, offline games can still provide hours of entertainment and offer a wide range of gameplay experiences.

Offline games for Android offer a wide range of gameplay experiences for players of all types. From fast-paced action and adventure games to cerebral puzzle and strategy games, there is something for everyone. Whether you’re looking for a casual arcade game or an immersive role-playing experience, there are plenty of great offline options available for Android devices. These games can be played anywhere, at any time, and offer a convenient way to have fun without the need for an active internet connection.

How does the Google Pixel 7 compare to the Pixel 4?