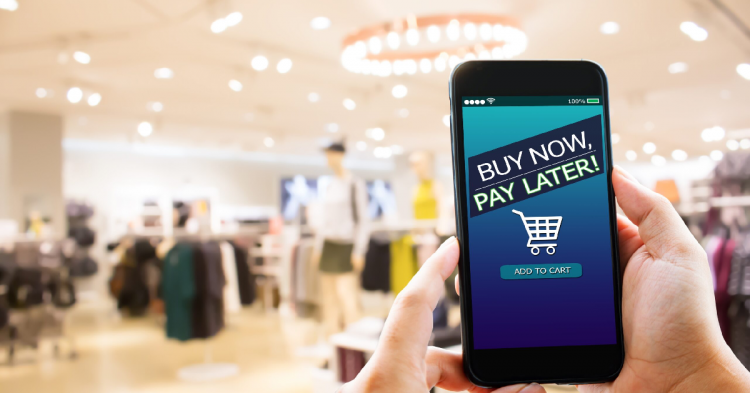 Consumers in Singapore seem to be spoilt for choice when it comes to payments — debit cards, credit cards, QR codes, and at times, even crypto payments are available.

Despite this, new forms of payments keep being developed and in recent years, a new trend has been taking the market by storm: Buy Now, Pay Later (BNPL).

In 2021, BNPL transactions amounted to S$440 million. While this figure may be small compared to the S$103 billion in credit and debit card payments, the industry is not to be underestimated.

The BNPL industry has attracted its fair share of big names as investors — China’s Alipay is offering BNPL services through its Huabei feature, and Standard Chartered announced plans to invest US$500 million in a partnership with Singapore-based Atome.

With so much money on the line and such convenience being offered for customers, there is understandably quite a significant hype around the emergence of BNPL. After all, who would turn down the opportunity to have their cake and eat it too?

But before we get too carried away lauding this new mode of payment, perhaps we should also ask: is BNPL a healthy addition to our economy?

How does BNPL actually work?

The standard offering of BNPL companies is relatively straightforward. When making a purchase, using a BNPL payment option lets you split your payments up so that you are not pressured to cough up hefty sums on the spot.

Instead, the balance is recorded and customers pay the BNPL company through interest-free instalments.

In exchange, companies who accept these payment methods pay a fee to the BNPL company, often a percentage of the amount that the entire transaction is worth.

For big-ticket items like a new computer or a television, this proposition can be extremely attractive. Instead of having to painstakingly save up for months in order to afford this new purchase, consumers can get it immediately and not worry about financing it.

In times of economic downturn, this can be a welcome proposition to cash-strapped individuals and businesses desperate to make some sales and shore up their cash flow.

In some sense, the economy stands to benefit from BNPL companies and BNPL models during depressions. These companies open easy lines of credit for customers, allowing them to spend during bad times.

The ability to spend during a depression can drive demand up, and act as a stimulus / Image Credit: Wikipedia

Money being spent during this time can be crucial in propping up the economy — it acts as a stimulus to keep businesses afloat, and can prevent companies from coming under too much financial strain.

But at the same time, this model is not exactly new. When we distil the business model of BNPL companies down to their core, BNPL companies function extremely similarly to banks.

Banks, at their core, are in the money lending and investment business. They provide lines of credit to individuals or companies needing cash, in exchange for interest payments. In short, they are in the ‘loan now, earn later’ business.

The BNPL business model looks suspiciously similar to the idea of credit cards. These cards work by allowing customers to spend money that they do not have as of yet, with the promise that they will eventually pay the full amount at a later date.

The bank, in this case, acts as a guarantor and intermediary, paying the merchant upfront first and collecting the payment from customers at a later date.

Translated to fit the BNPL model, consumers use an app instead of a card for payment, but even this is not entirely truthful. Many BNPL apps require you to link a debit or credit card to the app before you can use their services.

What this actually means is that it is not necessarily true that new value is being created with the creation of the BNPL model — it is merely a reinvention of the wheel.

While BNPL companies do not charge interest, they do charge overdue fees if customers do not pay their instalments on time, unlike banks.

And the function of helping the economy recover may not always be applicable. During times of high inflation, these easy credit lines may lead to consumers choosing to lock in low prices before they rise.

While the government may not be actively printing money, consumers may spend more in expectation of prices increasing, and in a self-fulfilling prophecy, create the inflationary pressures themselves.

Since BNPL companies do not charge interest, this is far more dangerous. Without the consequences of debt snowballing and increasing, consumers are incentivised to buy more. A buying spree can lead to increased prices, and trigger another wave of consumers not to miss the boat again, in a vicious cycle of inflation driving consumption.

With Singapore’s inflation reaching record highs, this may not be the ideal time to welcome BNPL startups.

Of course, there is also the argument that BNPL companies are allowing youths who may not be financially responsible to have easy access to credit. This argument has been trotted out ad infinitum, but these critics do have a point.

Easy access to credit without having to go through a rigorous process of checks means that BNPL startups are not really doing their own due diligence when it comes to selecting customers — at least not in the same way that banks are.

While BNPL companies can piggyback on the checks done by banks through linking their cards to their BNPL accounts, the allure of being able to spend now and pay later can create the illusion of affordability, since the upfront commitment is significantly lower than the entire amount.

Credit scores were created for a reason, and that reason is to ensure that loans are not provided without some assurance of the debtor’s ability to repay this loan.

BNPL companies not doing their due diligence might seem like a small issue, and it could well remain so if irresponsible consumers are few and far between. But if these customers become more common and spend beyond their ability to repay, this could easily become a problem.

The banking world has already seen a similar event, which we know as the 2008 property market crash. Consumers took advantage of low interest rates to buy up property, and banks failed to do their due diligence when offering these loans.

Now infamous as NINJA loans, these loans eventually proliferated and created a chain reaction that led to the 2008 crash.

While BNPL companies are far from the behemoths that Morgan Stanley and Lehman Brothers are, the risk when these companies grow should not be ignored and should be dealt with.

So where does this leave BNPL?

BNPL companies are not currently regulated. As of now, there is only a code of conduct developed by the Singapore FinTech Association in order to prevent over-indebtedness.

This calls for BNPL service providers to share a database of users’ income and credit information, and limit outstanding payments to S$2,000.

Certainly, this is a step in the right direction. BNPL companies are essentially banks, or at least, middlemen for banks. To allow them to function without regulation is not ideal — a quick look at the history of banking will tell you as much.

And BNPL as a model does have its purpose; it can extend lines of credit to cash-strapped individuals when other lines of credit require far more bureaucracy. But lest we forget, bureaucracy, while associated with red tape and slow processing, exalts caution rather than convenience.

BNPL and tech are playing to a different tune, one that prioritises convenience rather than careful planning. While both are important and a middle ground should be found, we should not forget that just because we can, does not always mean we should.

There needs to be, at the very least, some baseline expectations and principles that BNPL companies should abide by, and regulations to protect consumers. Overindebtedness aside, there are other risks of predatory lending and advertisement, risks of unwise spending, and many more.

However, BNPL can be harnessed to do good as well. In times of economic slowdown, the ability to stimulate spending without increasing the supply of money through government spending can be valuable, especially since our government prefers to take a cautious approach and avoid overspending.

Like all new innovations, BNPL has its own positives and negatives. It’s hardly an innovation in terms of being a new business model, but the value of having BNPL as a payment option may yet prove to be a new policy for driving growth, if used in the right circumstances and curtailed in others.

What If the Metaverse Is Better Without Virtual Reality?