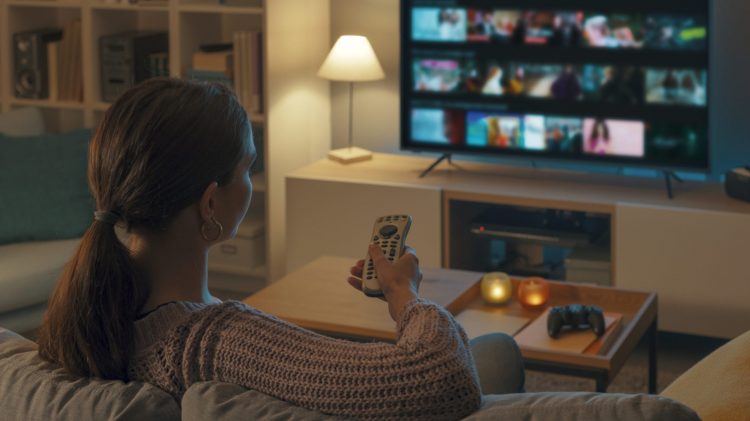 Smart TVs running Android-based operating systems can run VPN clients directly. If your smart TV doesn’t, you can buy an Amazon Fire TV device and install a VPN on it. Finally, to use a VPN with smart TV and streaming device platforms that don’t support it, you can buy a VPN router.

If you have a smart TV, you may have found yourself wondering what’s the best way to connect it to a VPN so you can access different Netflix regions, as well as protect your connection. Let’s take a look at your options to stream using a VPN on your smart TV.

Why Use a VPN With a Smart TV

The main reason to consider running your smart TV’s internet connection through a virtual private network is to access different streaming services’ libraries. Netflix and others have plenty of content, it’s just that some of it is available only in certain countries. VPNs are the best way to get to it as they can circumvent the blocks keeping you out.

If you want to use a VPN for Netflix while on your smart TV, you have two ways to do so. You can either install VPN software directly on your smart TV, or you can use some kind of VPN router. Both have something to be said for them, with the first way being the easier of the two.

Installing a VPN on Your Smart TV

The simplest way to use a VPN with your smart TV is to install the software directly on the TV. However, not all smart TVs let you do this, namely Roku TVs. If your smart TV runs on Android—most Sony and Panasonic TVs, for example—you can either install the VPN app through the Google Play Store or download the APK and install that. The whole process should take just a few minutes.

If you don’t have a smart TV that runs on Android, or your TV is an older, “dumb” type, you still have options, namely Amazon’s streaming devices, the Fire Stick and the Fire TV Cube. These devices can be connected to any TV with a USB port and essentially transform them into smart TVs. They’re nifty little things, and they’re not too expensive, either.

For just a little more money than the Fire Stick TV Lite, you can get the Fire Stick TV 4K, which offers a Dolby Vision upgrade and TV controls on the Alexa remote. With 4K streaming, it’s much more futureproof.

Both Fire TV devices use Amazon’s Fire OS, which is based on Android, so much the same method applies as with “real” smart TVs. You access the settings, go to the apps menu, and from there, install your VPN software of choice.

Whichever of these options sounds good to you, setup is as easy as installing any app from the Google Play Store. Within a few minutes your VPN should be set up and, hopefully, you’ll be watching whatever Netflix show you like.

However, there is still one minor catch: not all VPNs will work equally well on a smart TV or Fire TV. Whichever VPN you like, you should check whether or not it will work on these platforms. Two providers that are sure to work are ExpressVPN and NordVPN, though there are plenty others.

Using a Router to Connect a Smart TV to Your VPN

If you don’t have a smart TV that can install Android apps and you don’t want to use Fire TV, you still have another option, namely using a VPN router of some kind. These come with all kinds of benefits, but if your only aim is to use a VPN with a smart TV, we recommend going the Fire TV route explained above as it’s a lot less hassle to set up.

VPN routers are just like a normal Wi-Fi router (the thing that likely beams the Wi-Fi around your house), but have a VPN installed. This means that all devices connected to it are using the VPN. It’s a pretty good way to have even devices that can’t have VPN software installed use a VPN. Smart TVs are just one example; you could even have a printer connect securely to the internet over VPN this way.

However, VPN routers come with a downside: routers that can handle VPN software generally don’t come cheap, and many will also require manual setup, which can get complicated quickly. One of the best WiFi routers in this case is the Asus AX6000 (RT-AX88U), though you can also check out the Linksys WRT3200ACM.

Our favorite Wi-Fi 6 router offers 6000 Mbps speeds and is packed with features. It’s a good middle ground between a budget router and a more expensive model packed with bleeding-edge technologies.

If all that sounds like a bit too much work, there’s another option, namely ExpressVPN’s Aircove. This VPN router is ready to go right out the box, but of course it only works with ExpressVPN and carries a $100 per month price tag. Still, if you want to easily connect your smart TV to one of the best VPNs around, it’s a really good option.

Alternatively, you can also set up your Windows PC as a virtual router. If you don’t mind a bit of tinkering, it may be a good option for people who neither want to use Fire TV nor set up a VPN router. However, it could eat up a lot of bandwidth and would mean running both your computer and smart TV at the same time, which doesn’t work for everybody.

What’s the Best Way to Connect a Smart TV to a VPN?

VPN routers are cool and come with more upsides than downsides, but do require some setup and initial investment. If you’re not the techie type or don’t really see the need for a specialized router, then the best way to connect your TV to a VPN is to purchase a smart TV that runs Android. If you don’t have the money for that, buying a Fire TV streaming device is your next best solution.